Leap of faith: Puma unsuccessful in latest round of big cat logo battle 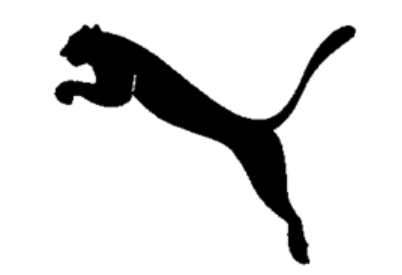 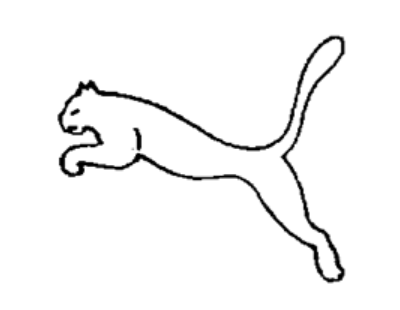 In March 2014, the Opposition Division rejected the opposition in its entirety, on the basis that the relevant public would not establish a link between the marks at issue. To keep costs to a minimum, the Opposition Division decided it was not necessary to examine the evidence which Puma had filed in order to prove the extensive use and reputation of that mark, and proceeded on the basis that the earlier marks had ‘enhanced distinctiveness’. Puma appealed.

In December 2014, the Fifth Board of Appeal dismissed the appeal. The Board of Appeal found that even if the reputation of Puma's earlier marks was proven, the opposition must fail because the other requirements of Article 8(5) (unfair advantage taken of the distinctive character or the repute of the earlier marks or of detriment to their distinctive character or repute), had not been satisfied. Puma appealed again to the General Court.

In September 2016, the General Court annulled the earlier decision of the Board of Appeal. The General Court held that in the light of the principles of equal treatment and sound administration, the EUIPO must take into account the decisions already taken in respect of similar applications and consider with special care whether it should decide in the same way. Puma had relied on previous decisions of the Opposition Division from 2010 and 2011 which had concluded that the earlier marks had a reputation and were widely known to the relevant public. The General Court concluded that the EUIPO had infringed the principle of sound administration and, in particular, its obligation to state reasons for its decisions.

In November 2016 the EUIPO lodged an appeal against this judgment, but in June 2018 the Court of Justice of the European Union (CJEU) dismissed the appeal. The CJEU found that Puma was entitled to rely on the previous EUIPO decisions that had recognised the reputation of the earlier marks, which were a strong indication that those marks could also be regarded as having a reputation. The EUIPO was required to take those decisions into account and had to provide explicit reasons for any decision to depart from the previous decisions.

Since the Board of Appeal decision from December 2014 had been definitively annulled, the appeal against the decision of the Opposition Division was assigned a new case number and was re-examined by the Fourth Board of Appeal.

In April 2019, the Fourth Board of Appeal confirmed the findings made by the Opposition Division in the original decision in March 2014. The Board of Appeal found that although the marks in question were considered similar to some degree, and Puma had acquired a substantial reputation and a high degree of distinctiveness in the earlier marks through use, the opposition must fail since Puma had not been able to prove the other elements required under Article 8(5). In particular, Puma had not shown: (a) that the public targeted by the goods in question established a link between those marks; (b) that the positive values associated with the earlier marks could be transferred to the mark applied for; and (c) that the use of that mark for very specific industrial goods could devalue the image of the earlier marks.

Puma argued that the Board of Appeal had erred in its examination of the conditions required for Article 8(5), in particular:

(a) The Board of Appeal incorrectly decided that the sections of the public targeted by the goods covered by each of the marks at issue were different, even though they overlapped.

(d) Due to the exceptional reputation of the earlier marks and the fact that the marks at issue were almost identical, the relevant public would establish a link between those marks, regardless of the fact that the goods were different.

(e) There was no requirement for Puma to demonstrate the existence of one of the types of injury referred to in Article 8(5).

According to case law, the reputation of Puma's earlier marks should be assessed according to the perception of the relevant public (average consumers of the goods or services for which the marks are registered), who are reasonably well informed and reasonably observant and circumspect. The Board of Appeal considered that Puma's marks had a substantial to very substantial reputation in relation to clothing and related goods, despite not having carried out a full assessment of the documents filed. Puma argued that the marks enjoyed an "exceptional" reputation, one which goes beyond the relevant public for the goods covered by those marks.

The General Court found that the Board of Appeal had not erred in its consideration of the evidence for a number of reasons, including: (a) some of Puma's evidence had not been translated; (b) the Swedish market survey evidence was not relevant because the opposition was not based on Swedish rights; (c) the Board of Appeal accepted that the earlier marks had the same degree of reputation as that found in the previous EUIPO decisions relied on by Puma; and (d) Puma was refused permission to bring evidence of its marks’ “exceptional” reputation as it had not raised it during earlier proceedings at the EUIPO.

Puma was not required to demonstrate that unfair advantage had actually taken place, but needed to prove that there was a serious risk that such an injury would occur in the future.

Unfair advantage usually covers situations where there is 'riding on the coat-tails’ of a famous trade mark or an attempt to trade upon its reputation. In order to determine that a risk of injury exists, it is necessary to demonstrate that the relevant public will establish a link between the marks. The concept of a link is not mentioned in Article 8(5) itself but has been developed in case law. Puma's argument was that the marks were so similar (near identical) and the reputation of its own marks was so high (exceptional) that it was inevitable that unfair advantage would occur.

Detriment can occur when the similar mark is used in such a way that it creates a negative impact or impression of the earlier marks or the goods that are sold under them. Examples include dilution or a change in economic behaviour of consumers. Again, Puma was not required to demonstrate that any detriment had actually taken place, but needed to prove that there was a serious risk that such an injury would occur in the future.

The General Court upheld the Board of Appeal's decision that Puma had not done enough to show that there was a real risk of detriment. Puma had not shown why use of a somewhat similar mark for specialist industrial machinery would adversely impact Puma's reputation for athletic clothing, or the distinctive character of Puma's marks.

Oppositions based on Article 8(5) are notoriously tricky because there are a number of hurdles to overcome in order to meet the criteria. Not only must the marks in question be similar or identical, the earlier mark must have a reputation (which is often difficult to prove and requires significant evidence), and there must be a risk of injury (unfair advantage/detriment). These ingredients are cumulative and so if one fails, then the whole opposition fails.

This decision is interesting because it provides further guidance in relation to the ‘risk of injury’ criteria. It reiterates the fact that a ‘link’ is required, and even if trade marks such as Puma's logos are well-known and enjoy an extended reputation, an opposition will not succeed if there is no link. Whilst the wording of Article 8(5) states that it can be invoked "irrespective of whether the goods or services for which it is applied are identical with, similar to or not similar", in reality if the goods or services are targeted at different consumers, it is likely to be more difficult to show a link. This is particularly so when the marks are similar to a lower degree and the reputation of the earlier mark is less than exceptional. The decision therefore highlights the limitations of Article 8(5).

Finally, Puma may seek to appeal the General Court's decision. If leave to appeal is granted, an appeal (limited to points of law only) may be brought before the CJEU. Given the importance of this case to Puma, the length of time it has been running, and the number of appeals already filed and fought, Puma may well consider a further appeal. Watch this space!