Has the CJEU disclaimed the disclaimer?

The CJEU recently handed down its preliminary ruling in the case of Patent-och registreringsverket v Mats Hansson (Case C 705/17), giving guidance on how disclaimers should be interpreted when assessing the likelihood of confusion between two trade marks.

The CJEU recently handed down its preliminary ruling in the case of Patent-och registreringsverket ("PRV") v Mats Hansson (Case C-705/17), giving guidance on how disclaimers should be interpreted when assessing the likelihood of confusion between two trade marks.

Norrtelje Brenneri Aktiebolag ("NBA"), a distillery based in Sweden, secured registration for the below trade mark in 2007 in relation to "alcoholic drinks" in class 33 before the Swedish Intellectual Property Office (the PRV): 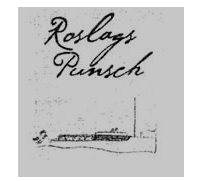 Importantly, NBA included a disclaimer in the application to the effect that the "registration does not give an exclusive right over the word 'RoslagsPunsch'".

In 2015, Mr Hansson applied to register the word "Roslagsöl" as a trade mark in Sweden in relation to various goods, but in particular "non-alcoholic beverages and beers".

The PRV initially refused Mr Hanson's application on the basis of a likelihood of confusion between his mark and NBA's earlier trade mark, given the shared "Roslags" element.  Mr Hansson successfully appealed the unfavourable decision before the Patents and Market Court.  The court held that despite NBA's disclaimer, the terms to which it related had to be taken into account when assessing the likelihood of confusion between the two marks, providing those terms had an effect on the overall impression of the relevant mark.  Not stopping there, the PRV then appealed to the Patents and Market Supreme Court, who made a referral to the CJEU.

The CJEU was asked: should a national registry take into account such exclusions when assessing the likelihood of confusion between the two marks, where protection for a particular element of the earlier mark has been disclaimed?

In response, the CJEU affirmed that the test for assessing likelihood of confusion remains that of a global assessment, taking into account all relevant factors.  Therefore, the provision of disclaimers under national law would not comply with Article 4(1)(b) of the Trade Mark Directive (2008/95/EC) (now Article 5(1)(b) of Directive (EU) 2015/2436) if they had the effect of excluding, or limiting the importance of, an element of a complex trade mark from the analysis of these relevant factors, since it would lead to an incorrect assessment.

The ruling is good news for trade mark owners with disclaimers recorded against their registrations, as EU member state registries will be bound to take into account all elements of their mark when considering the likelihood of confusion with other trade marks, irrespective of the disclaimer.

The ruling also lends support to the EU's recently implemented Trade Mark Directive ((EU) 2015/2436)).  An objective of its predecessor, Directive 2008/95, was to align the substantive trade mark law of member states, although procedural trade mark law was still left to their discretion.  Directive 2015/2436, however, was more ambitious – Recital 9 of this Directive provides that "it is essential to approximate not only provisions of substantive law but also procedural rules… the principal procedural rules (in EU member states) should be aligned".  We may therefore see the abandonment of disclaimers altogether by member state registries in the coming years.