Michael Myles was a devoted husband and father who grew up in Liverpool and made his family home in Skelmersdale. He retired in 1999 having worked his whole career as a bricklayer around the Liverpool and Merseyside area. 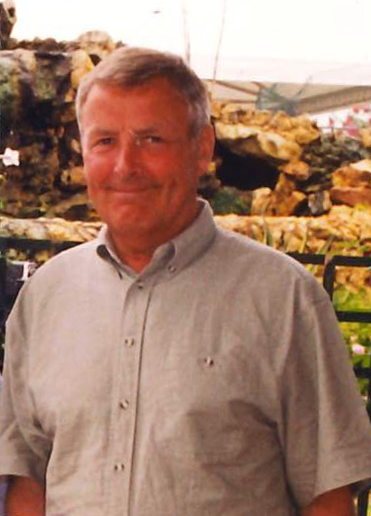 Sadly, while working with Holland Hannen & Cubitts in the 1960s constructing the transmission plant at the Ford Plant, Halewood, Michael was exposed to asbestos which ultimately led to his developing mesothelioma. Michael did not use asbestos himself but worked alongside laggers who were working onsite at the time, using asbestos insulation to lag the pipe carrying steam across the site.

He described how the laggers mixed asbestos and water in 40 litre tanks to make the lagging paste. He remembered seeing the laggers emptying sacks of asbestos dust into the tank, while dust and fibres clouded the air. Once mixed, the paste was taken to be allied, often right next to where Michael was working.

Any debris or spillage fell onto the floor and was only eventually swept away by labourers so that other workers would step on the debris, creating more dust, as did the brushes used to sweep away the lagging. His employer did not think to provide any warning, any training or any equipment to protect him from this dust and they tended to wear their work boiler suits to and from the site, washing them only occasionally, meaning there was no way to avoid the dust lingering on their clothes.

About 50 years later, Michael developed a persistent cough that would not go away. It was interfering with his life and the breathlessness prevented him from tending his allotment, which was a major part of his life. Several courses of antibiotics did not help and subsequent tests led to the diagnosis of mesothelioma.

Michael was close to his family and well-known in the area, particularly for his involvement at the local church. He was always helping others and was known for his DIY skills. He also volunteered with St Vincent de Paul's, visiting prisoners at Hinckley Prison every month. Michael kept up with all these activities until he was sadly no longer able.

He instructed Bridget Collier to pursue a claim against his employer for exposure to asbestos. The company has since merged with other construction companies but a claim was possible with Bridget tracing the insurers for the company at the time of employment. The claim was put to the insurers and full details of the exposure to asbestos was provided through a detailed statement. Through negotiations the insurers admitted responsibility early in the claim. This admission gave his family early peace of mind that compensation would be paid.

Further details were then needed to establish the level of compensation sought and it was necessary to consider how in England the law treats claims differently when it is for yourself or for the estate after your passing. This can have an impact on how the claim proceeds and Bridget took time to discuss this with the family.

Witness evidence was taken to describe the work Mike did for his family prior to becoming unwell and how this would be done in future. The claim was then negotiated and the case has now settled in full.

Bridget says about the case: "family life was so important to Mike that it was crucial to work closely with him and his wife Betty to understand just how the disease impacted on their lives and to seek the redress from the insurers".

All enquiries are completely free of charge and we will investigate all funding options for you including no win, no fee. Find out more about no win, no fee claims.