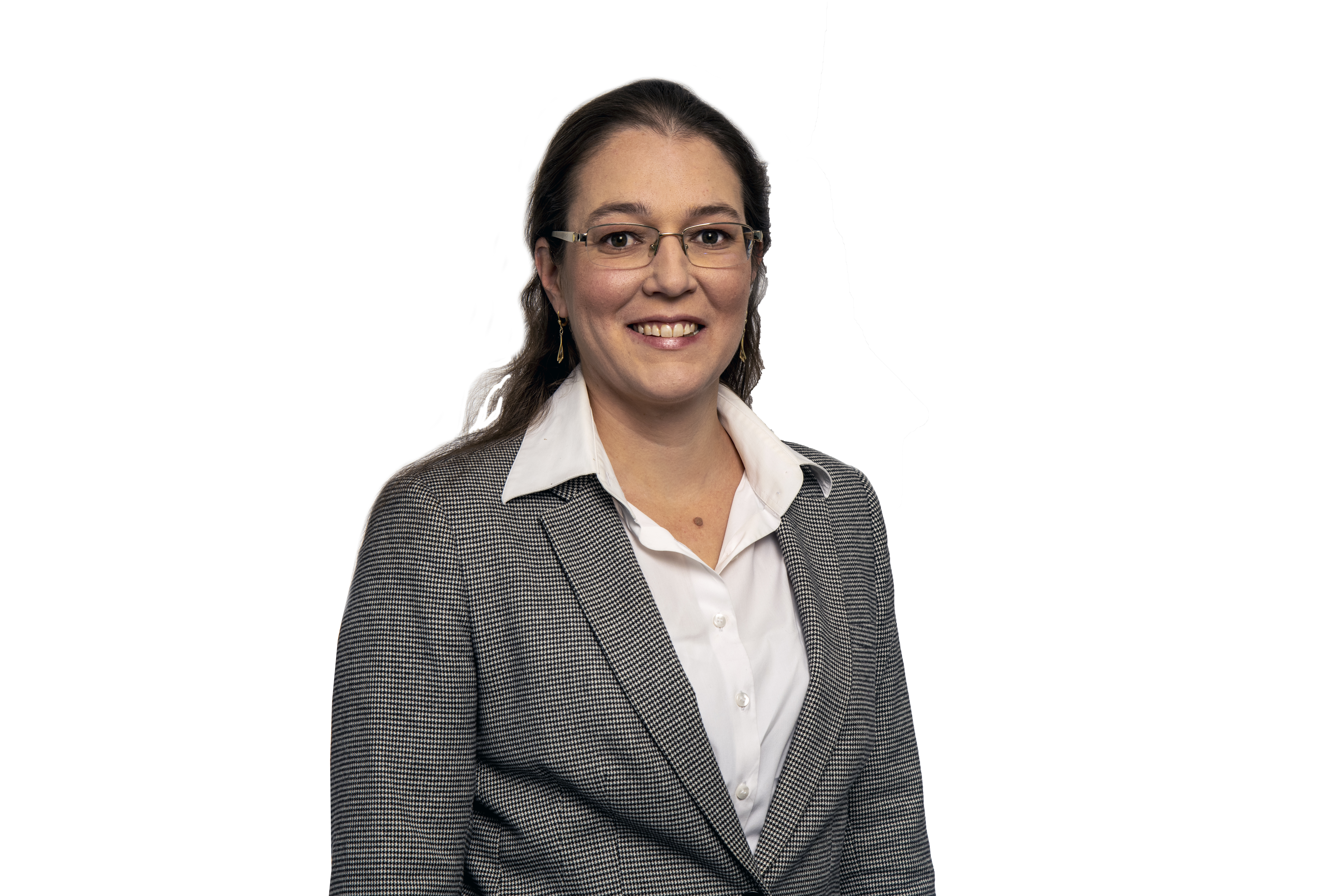 Bringing a claim as part of a group with the same cause of action is gaining popularity in the UK.

Often confused with US "class action" law suits, where very large claims are commoditised and claimants ultimately walk away with very small amounts of compensation, the UK is developing its own approach to group claims that deliver meaningful outcomes for claimants.

Until recently, UK group claims over issues such as equal pay were dealt with on paper by large teams of lawyers and assistants. This meant claims were expensive to run and cumbersome to manage, and while many succeeded in obtaining justice for claimants, not many law firms were prepared or set up to pursue these types actions.

However, as more sophisticated technology and funding models have become available, group claims have become easier to handle, less costly to run and are consequently more attractive to law firms, clients and funders.

What makes a viable group action?

Group action claims work best where both of the following apply:

In these cases, a lawyer can issue all the claims together and conduct collective case management. As the cost of the litigation decreases, the compensation left over for claimants increases.

Equal pay claims by groups of workers against large employers like major retailers and local authorities lend themselves particularly well to this type of litigation and there are currently several underway against the likes of Morrisons, Boots, the Co-op, Tesco, Sainsbury's and Asda.

Increasingly, the model is also becoming attractive to UK corporate clients, such as groups of small-to-medium sized businesses (SMEs) who have legitimate claims but lack the financial resources or standing to pursue them on their own.

Growing areas of group litigation in the UK are:

Why join a group?

Litigation can quickly become disproportionately expensive, a fact that in many instances limits access to justice for those without deep pockets.

Most individuals and SMEs who have valid claims for compensation simply do not have the financial resources to pursue their claims in the courts.

Those that do have the resources often conclude that even if they win their case, they will be financially worse or scarcely better off as a result of bringing the claim.

By joining a group action, however, claimants can collectively instruct a single legal team to pursue a large amount of compensation on behalf of all members of the group, or "class".

If the claim is successful, claimants each receive a worthwhile share of the compensation and the law firm is able to recoup its fees from the same pot.

Such claims are mostly run on a no-win, no-fee basis, although other types of funding and damages arrangements are emerging to suit different types of claimants.

There are a number of ways of handling group claims. Historically, one of the most popular routes in the High Court has been via Group Litigation Orders (GLOs).

Sometimes GLOs are the ideal mechanism for pursuing a group claim, but they do not work for all kinds of claims. In particular, GLOs can be very narrow in focus and do not allow for wider groups of claimants with broadly similar issues. Cut-off dates can also be problematic for claimants.

Claimants that do not meet the criteria for a GLO can still issue a separate claim, but this loses the overall economy of scale of running a group litigation.

These claimants work on the principle that one claimant can represent other parties with an identical interest. However, representative claims are not available where the group of claimants require different remedies or have materially different fact patterns that form the basis of their claims.

GLOs, with defined common "GLO issues" are therefore the generally preferred options for collective actions in England and Wales, particularly for securities claims.

As group litigation continues to grow, the courts are likely to review both the GLO and representative claim regimes and work with the legislator to reflect the need for greater flexibility in the rules.

​The UK Consumer Rights Act 2015 (CRA), which came into force on 1 October 2015, was tipped to fundamentally transform the cartel claims environment in the UK.

Schedule 8 of the CRA created a new collective proceedings regime for damages claims before the Competition Appeals Tribunal (CAT).

While claims under the CRA are still in the relatively early stages, the likelihood is that both these types of claims and the courts will evolve with the needs of the consumer and case law will determine what types of claims the CRA serves best.

How technology has changed the game

Perhaps the most welcome innovation in group litigation is the development of sophisticated, flexible technologies to handle claims.

The best systems are developed by litigators themselves, who map out how the claim needs to function and then work with programmers to deliver that functionality – along with the ability to tweak the system as they go along.

They also need to balance efficient automation with appropriate quality control mechanisms and leave room for lawyers to make decisions that cannot or should not be automated.

The use of artificial intelligence (AI) and machine learning are interesting elements of this new approach to litigation that could further change the way claims are managed.

It is important that claimants understand at the outset how the case will be handled, what level of interaction they will have with the legal team and how information and decisions will be communicated to them.

The interaction between the legal team, the claims management platform and the individual claimants varies from case to case. Small groups of claimants may still be consulted individually, while larger groups might elect a steering committee and even bigger groups might implement a voting system.

However, the size of many groups involved in litigation often means frequent, personal interaction with claimants is not possible for lawyers and so having good technology that can handle information and create a two-way channel of communication is essential.

Such systems also lower costs, improve accuracy and allow law firms to take on cases they would not have been able to accept in other circumstances, while maintaining good client care.

There are many ways of funding group litigation cases.

Most claims are run on a no-win, no-fee basis, are very large and can take several years to reach a conclusion. During that time, somebody has to bear a significant risk and cash outlay.

Some firms take on this burden themselves. Personal injury and medical negligence claims, for instance, are generally financed by the law firm that undertakes the case on a conditional fee arrangement (CFA).

Law firms are traditionally fairly risk averse. Smaller firms often do not have sufficient cash flow to defer their income for years and years. Larger, commercial law firms tend to have high overheads, which means the claim has to be of considerable value to deliver a satisfactory outcome for both the claimant and the firm.

The emergence of specialist litigation funders, set up specifically to finance group actions and make a profit from any damages awarded, has solved the risk and cash flow issue to an extent.

While there are lots of benefits to using funders, the types of cases they take on are limited. They need the claims to be valuable enough to allow them to get their return on investment and then still have enough to pass on claimants.

This has led to the creation of novel funding models that are reshaping the way group litigation cases are financed.

For example, since 2013, Fieldfisher has offered a service called FeeSolve, which gives the firm flexibility to take on cases that would not be attractive to a third party funder.

FeeSolve is designed to give clients both choice and certainty in relation to costs and reduce the financial risks of bringing a claim, by offering a variety of alternative funding arrangements.

The service is available across all the firm’s practice areas and has been enthusiastically embraced by clients.

The future for group litigation

Group actions will continue to grow in the UK. While there are legitimate concerns about abuse of the system by unscrupulous actors, in general these group actions are a good thing because they allow access to justice, particularly for individuals and small businesses that have fewer legal options than larger companies.

Above all, it is important that group actions are used to serve the interests of claimants. Such claims have to work commercially for law firms, but they should also offer a good chance of a meaningful outcome for the client.

This article was authored by Ellie Pinnells, dispute resolution partner and group litigation specialist at Fieldfisher.