Love is not in the air for MARRY ME trade mark

The EU General Court has this month upheld the EUIPO's refusal of word and figurative versions of the trade mark MARRY ME.

The EU General Court has issued decisions upholding the EUIPO's refusal of word and figurative versions (below) of the trade mark MARRY ME. 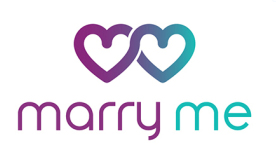 In October 2016, Swiss applicant, Marry Me Group AG filed applications for the two marks at the EU Intellectual Property Office (EUIPO), covering goods and services, including software, online chatroom services and dating services in Classes 9, 38 and 45 for the word mark and Classes 9 and 45 for the figurative mark. The applications were refused and the rejections were upheld upon appeal to the Fifth Board of Appeal.

The General Court agreed with the Fifth Board of Appeal's determination that the marks were descriptive of the goods and services applied for, in contravention of Article 7(1)(c) of Regulation (EU) 2017/1001. (See the court's judgments: for the word mark here and figurative mark here.)

The court rejected the applicant's arguments that there was no sufficiently direct and concrete relationship between the impression given by the marks and the goods and services concerned.

Instead, it found that the words "marry me" would be readily understood, by English-speaking consumers in the target audience, as describing the destination and nature of the goods and services, being those that aim to connect people looking for a serious relationship and wishing to marry. The pictorial element of intertwined hearts in the figurative mark only served to strengthen the impression created by the word elements and to symbolize the connection of two partners.

The applicant's further argument that the German Patent and Trademark Office had registered the figurative version of the mark held no sway since the registrability of the mark had to be assessed from the point of view of the English-speaking public.

Let's hope the applicant is not too broken-hearted by the decision.