In addition to the increased SFO activity over the last six months outlined in Part 1 of our Financial Crime Winter 2020/2021 Round Up found here, there have been some other important news stories during this period which we explore below. 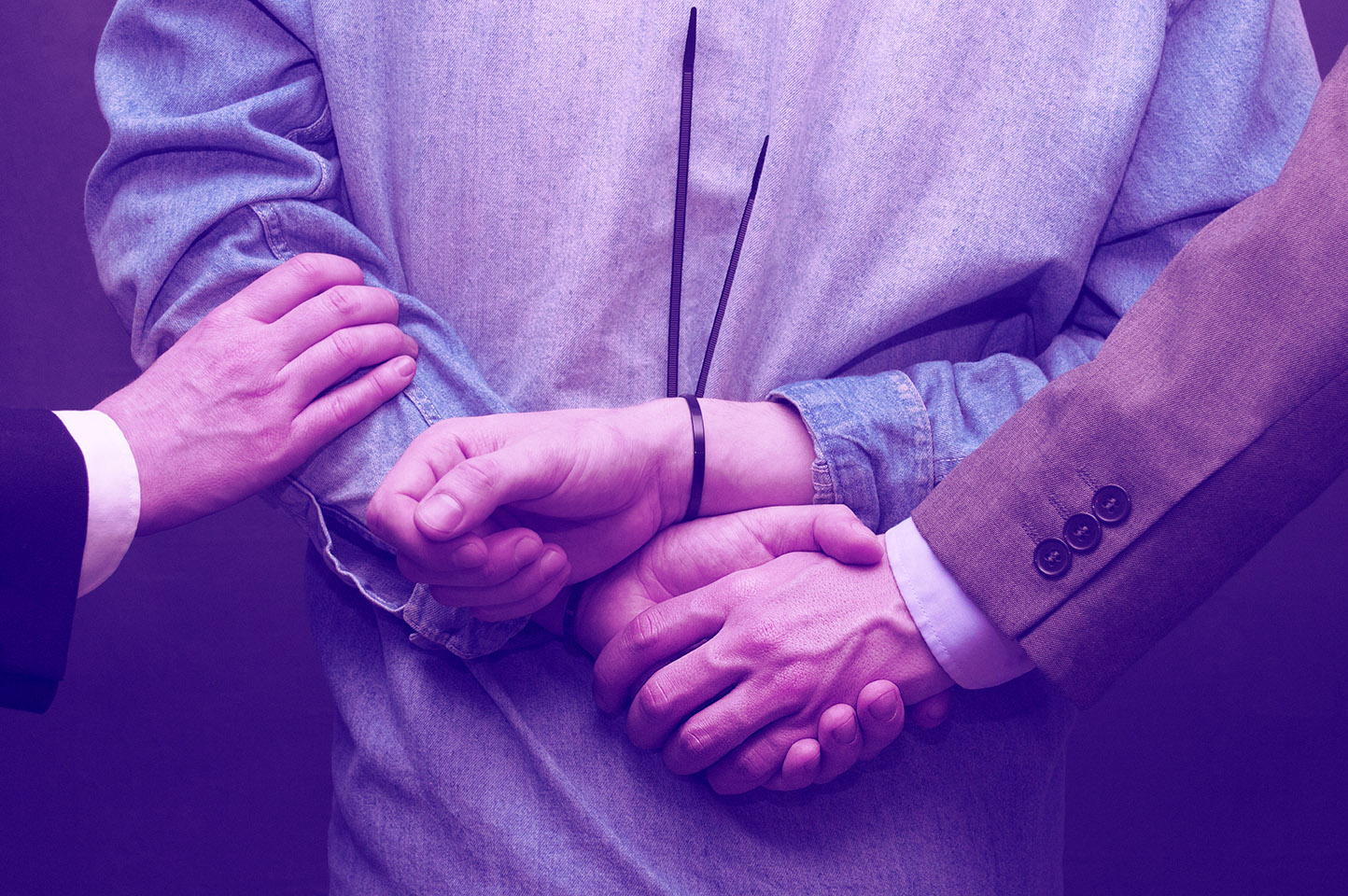 The NCA Annual Report and Accounts for the year 2019-2020 published on 21 July 2020, reveal that the NCA secured over 1,000 arrests in the UK in the last year, which is the highest annual total recorded by the NCA. In addition, the NCA also secured the arrest of over 600 individuals abroad. In that time there have been 295 guilty pleas following NCA investigations and almost £150 million of criminal assets frozen or seized, and £9 million forfeited. Significantly, the total volume of NCA activity resulting in disruption to an organised crime group or individual's level of activity exceeded the previous year's volume and is the highest annual total recorded by the NCA to date.

The NCA was involved in a landmark Supreme Court decision handed down on 21 December 2020, whereby the Supreme Court dismissed the application by Zamira Hajiyeva, the wife of jailed Azerbaijani banker Jahangir Hajiyev, to appeal the Unexplained Wealth Order ("UWO") made against her by the NCA. The NCA secured two UWOs in February 2018 in respect of two properties with a combined value in excess of £22 million. The Supreme Court decision relates to the UWO that required Mrs Hajiyeva to provide information about the source of funds used to purchase a large house in Knightsbridge. These were the first UWOs secured by the NCA pursuant to its powers under the Criminal Finances Act 2017. With no further recourse for appeal, Mrs Hajiyeva will now be required to provide the NCA with the requested information. 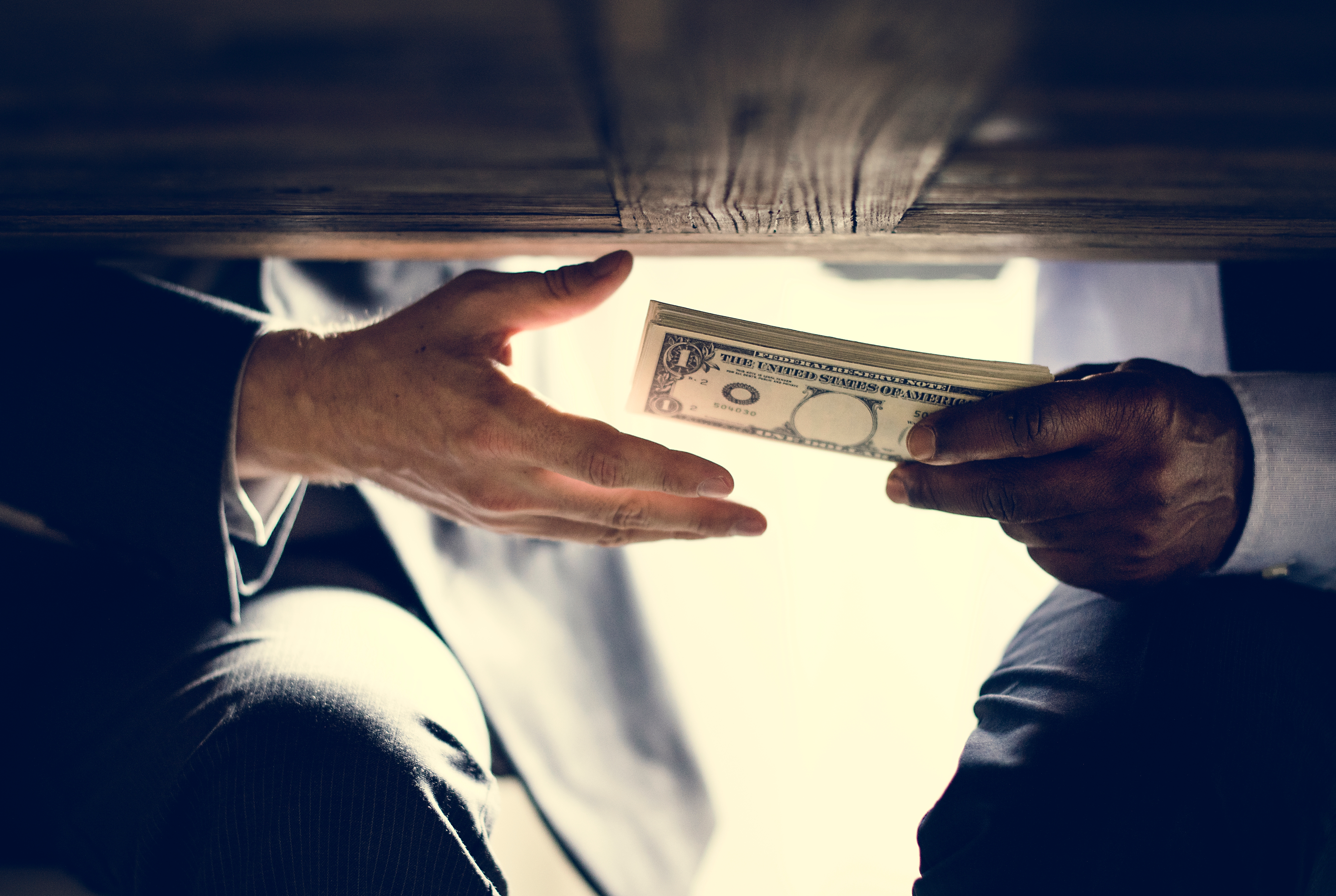 In July 2020 the Global Human Rights Sanctions Regulations came into force. The 2020 Regulations were made under the Sanctions and Anti-Money Laundering Act 2018, enacted in anticipation of Brexit to enable the creation of a national sanctions framework, for the UK to impose its own sanctions as well as continuing to implement UN sanctions previously adopted by the EU and the UK as a former member state. The Regulations give the UK government the power to designate sanctions for individuals and organisations who are or have been involved in serious violations of human rights. A designation has the effect of freezing the funds and assets of the designated person and of any company owned or controlled by them. It also stops the designated person from entering the country, channelling money through UK banks or profiting from our economy.

In the first wave of sanctions introduced under the new regime, the UK have targeted 49 individuals and organisations from Myanmar, Russia, Saudi Arabia and North Korea, with further designations likely to follow.

This is the first time that the UK has sanctioned people or entities for human rights violations and are the first sanctions measures introduced unilaterally by the UK.

Also in July 2020, the Justice Committee published a report showing the impact of Covid-19 on the courts. Although it discusses how the courts have been able to adapt to the pandemic, it also raises a number of concerns. The report identified that there was a backlog of over 510,559 cases in the magistrates' courts and over 41,000 in the Crown Court in England and Wales. Although there was already an increasing backlog pre-Covid-19 as a result of significant government cuts in funding to the criminal justice system, the pandemic has made the list even longer.

A significant contributing factor is the use of remote hearings, specifically 'hybrid' hearings where some parties involved are in courts, prisons or police stations. The necessary technology needs to be installed and operational in all necessary locations for hearings to be effective. The Justice Committee also highlighted that it had seen a lot of evidence that vulnerable court users will face particular challenges if hybrid hearings become the norm.

In October 2020 it was reported that there were around 120 trials with seven or more defendants that were too big to be currently accommodated in the courts, significantly because of social distancing requirements.

As a result of the backlog and fewer trials, coupled with the government's decision to extend custody time limits (i.e. the length of time a defendant can be held before their trial) from 6 to 8 months, the remand population has increased by 28% in the past year and is at the highest level for about six years.

Before the pandemic, the Ministry of Justice (MoJ) announced that it would increase the allocation of court sitting days for the first half of 2020/21 and it is expected that further court sitting days will be agreed. This is coupled with the £80 million emergency package from the MoJ, which included hiring 1,600 new staff and setting up extra 'Nightingale' courts. In November 2020, Chancellor Rishi Sunak pledged £337 million extra funding for the criminal justice system. Despite these measures, many believe this is not sufficient to deal with the growing backlog of cases. 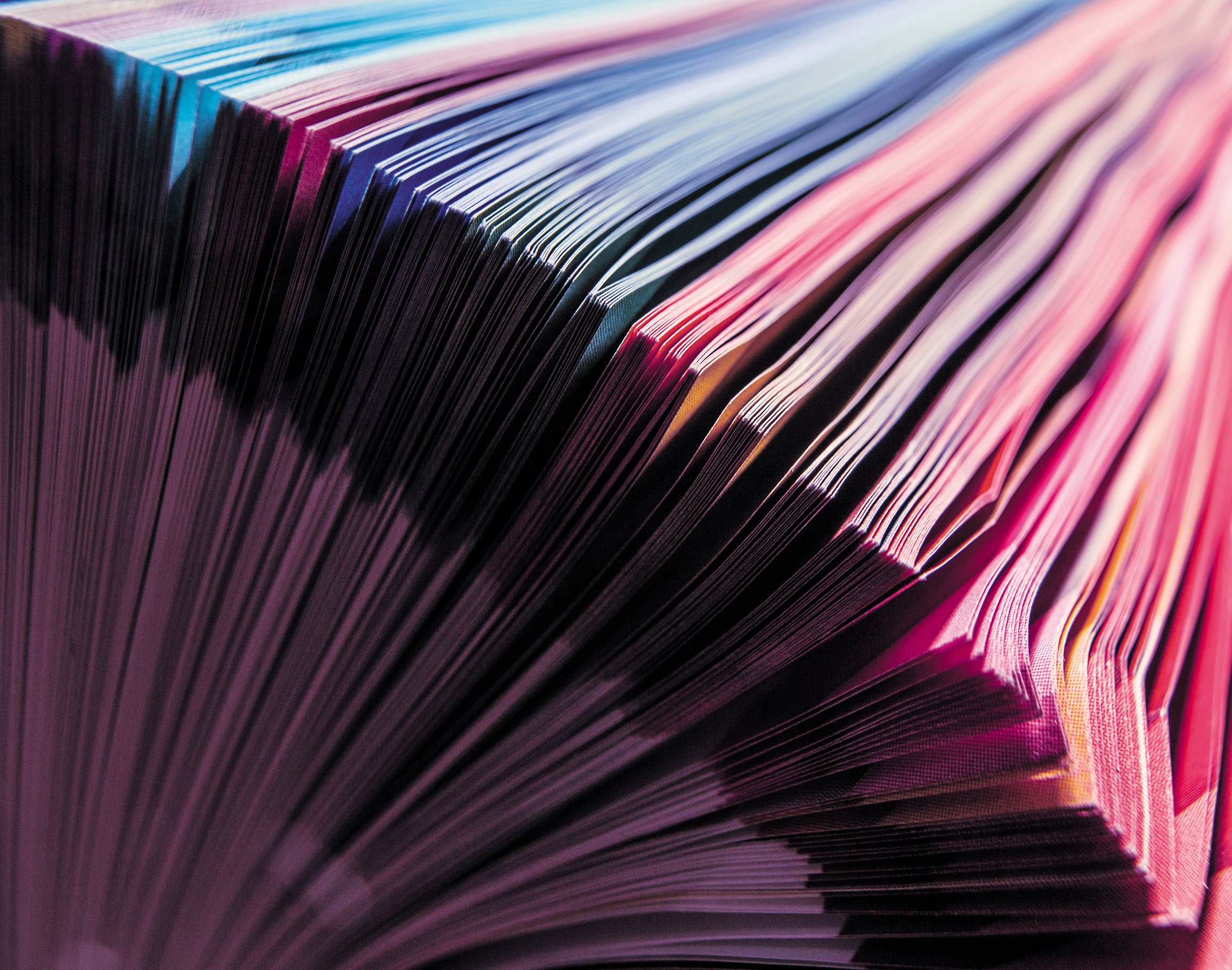 One of the major news stories to hit the headlines in the last six months is the FinCEN leak in September 2020, in which more than 2,500 documents, most of which were files sent by banks to the US authorities between 2000 and 2017, were leaked. Contained within the documents were suspicious activity reports (SARs) that banks had sent to the US Financial Crimes Enforcement Network (FinCEN), the department within the US Treasury responsible for combatting financial crime. The documents show the extent of the banks' knowledge about the vast flows of dirty money around the globe and just how extraordinarily large the amounts involved were (about $2 trillion of transactions).

The documents show how a number of banks were complicit in allowing fraudsters to move money around the world, either by failing to carry out adequate checks or by simply turning a blind eye. Importantly for our purposes, the documents reveal that the UK is considered a "higher risk jurisdiction" because of the number of UK registered companies that appear in the SARs. Over 3,000 UK companies are named in the FinCEN files – more than any other country. Following this, Companies House announced that they would be reforming its register of company information to clamp down on fraud and money laundering, making it harder to set up bogus companies (see our previous blog on the proposed reforms found here). 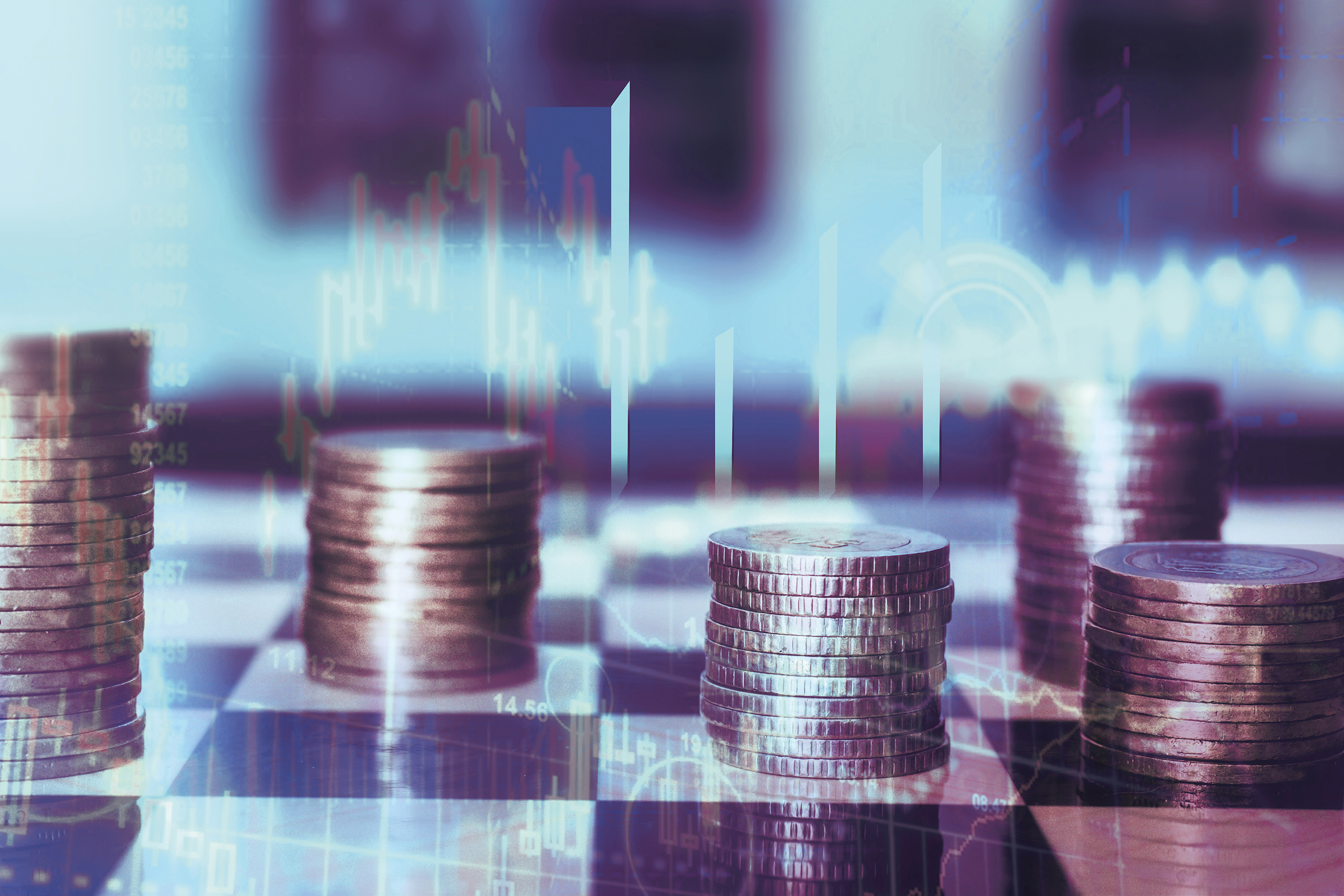 On 14 October 2020, the government closed their 3-month consultation which sought views on the economic crime levy to be imposed on businesses in the anti-money laundering (AML) regulated sector. The government first announced its intention to introduce the economic crime levy in the 2020 Budget. The aim of the levy is to raise £100 million per year from entities regulated for AML purposes to help tackle economic crime. It is important to note that the consultation did not seek views as to whether the levy was appropriate in the first instance, but rather on "design principles", such as how it should be calculated and collected. This means that the majority of those who will have to pay the levy have not had any opportunity to discuss whether it is appropriate for them to have to do so. The results of the consultation have yet to be published, but in any event the levy is set to be introduced as soon as 2022/23. 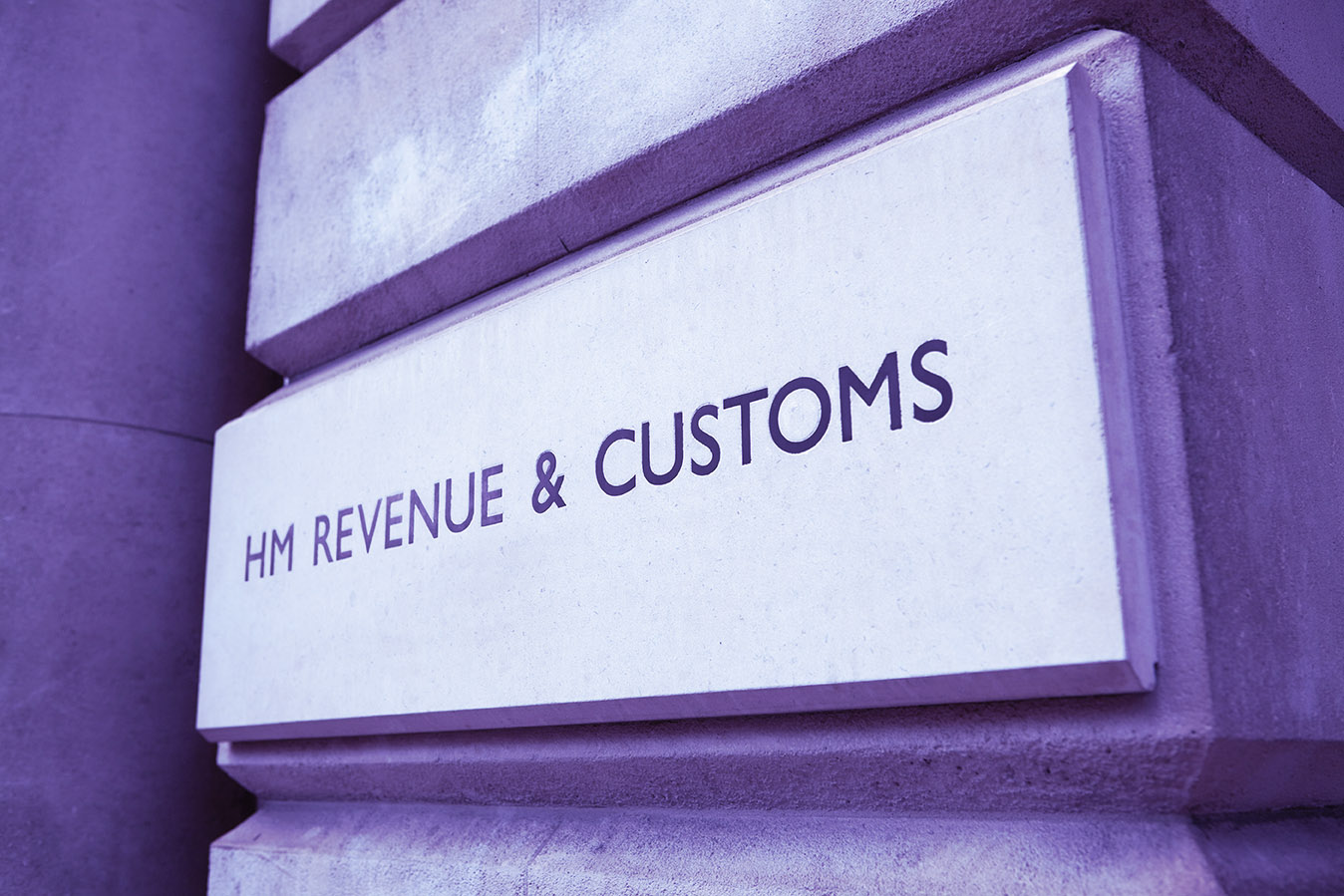 On 7 January 2021, HM Revenue and Customs (HMRC) published a list of businesses that were handed fines for breaching regulations aimed at preventing criminals from laundering illicit money. On this list was Luton-based money transfer business MT Global who received a record fine of £23.8 million for "significant" breaches of anti-money laundering rules concerning risk assessments, customer due diligence and internal controls between July 2017 and December 2019.

No further information about the nature of the breaches was provided but HMRC's deputy director of economic crime stated that "businesses who fail to comply with the Money Laundering Regulations leave themselves, and the UK economy, open to attacks by criminals".