Team Ocean Walker Warriors II completed their swim in rough seas in 14 hours 17 mins. Of the 13 boats leaving Dover on the night, six aborted and the team overtook three, raising £10,000 for St Mungo's as a result.

The team comprised four people who had responded to the call to arms from their coach, Adam Walker, who is the only British man to have swum all of the "Oceans 7" – the toughest seven channel swims in the World. Adam is also the 5th person in the world to have completed this challenge. Read the full team bio.

Each member trained individually during lockdown. Partner, Tim Bird, bought a one metre deep paddling pool in March to acclimatise to cold water – giving himself hypothermia more than once in the early days when the water was around 12 degrees. The team met only once before the swim window in Dover to swim a two hour qualifier in sub 16 degrees water. Tim then attempted to swim across Lake Windermere in August which was very cold, but wearing a wetsuit for buoyancy, making it just 13 out of the total 17.5km before the 15 knot headwind forced him to abandon this attempt.

Team Ocean Walker Warriors II were given the nod to set off at 1 am from Folkestone on 10 September. At 2.30 their first swimmer was in the water and they were underway. For the first six hours two of the team were sick but they bravely got back and the team took it in turns to swim for an hour in the same order. Once back in the water and with the sunlight on their backs conditions improved. Sadly many of the solo swimmers were broken by the rough conditions and had to pull out. This all made the team's successful arrival at Cap Gris Nez all the more rewarding.

Tim Bird comments: "Raising funds for St Mungo's and the support of everyone in the firm, friends and family got us through a challenging day and kept us focused. No one should be homeless in this day and age, so the work St Mungo's continues to do, now alongside the government during COVID-19, is more important than ever. Our fund-raising means a lot to them so thank you all once again." 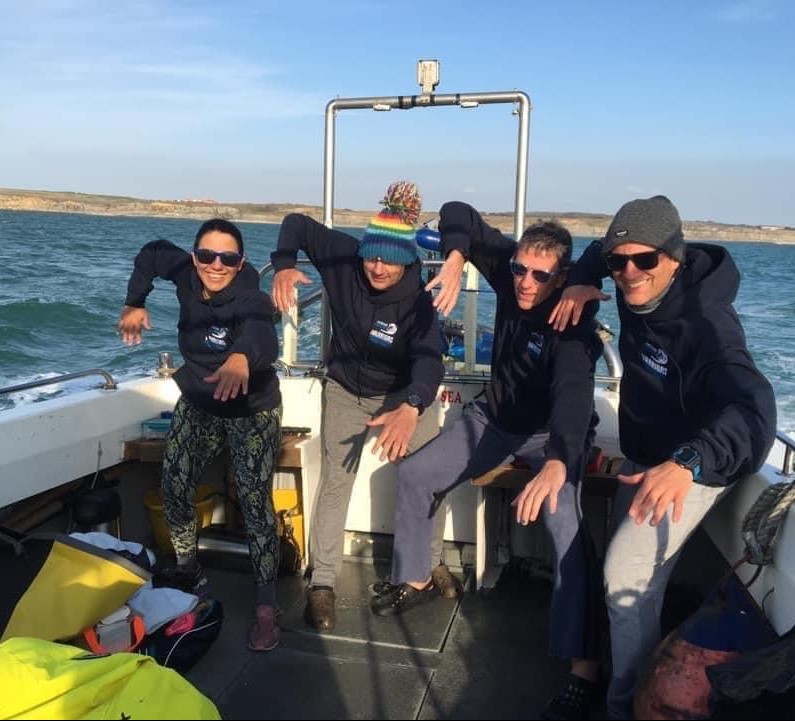