£1 Payment notice held to be invalid 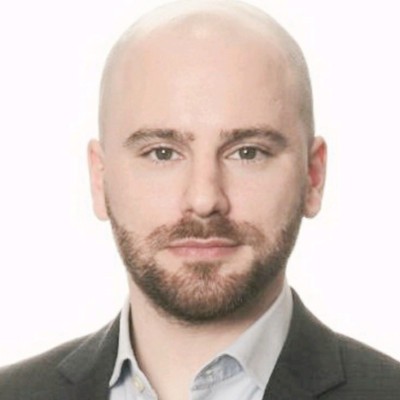 Alex Delin and David Thorne summarises a recent TCC ruling that a £1 payment notice is invalid, and that an adjudicator's award couldn't be enforced given a lack of consideration to a cross-claim - a reminder to be careful what you wish for.

The case arose from DR's employment of L to design and build 29 residential units in London under an amended JCT Design and Build Contract, 2011 edition (The Contract).  A dispute arose between DR and L as to the operation of the payment regime in the Contract.  This provided for interim payments under the 'Alternative B' model, which provides for monthly applications for payment up to the date of practical completion and every two months thereafter up to the expiry of the rectification period.

By its application 34 (Application 34), L applied for payment of £1,888,660.70 exclusive of VAT.  Five days later, DR sent a Payment Notice (the First Payment Notice) by email identifying the sum due to L as £0.97.  The email went on to explain that a further Payment Notice would be issued which "will not affect your payment date". It seems that the extent of information provided by L in support of its application meant that DR's assessment took longer than had been anticipated. Six days later, DR sent another payment notice numbered 34A (the Second Payment Notice) which certified the sum of £657,218.50 as due to L.  That sum was duly paid by DR.

L disputed DR's valuation of the works and referred that valuation dispute to adjudication a month later. L considered it was entitled to over £1 million more than DR had certified in the Second Payment Notice and which it had subsequently paid to L.  L's decision to refer the true valuation of its application to the adjudicator is perhaps surprising in circumstances where it considered it was actually entitled to launch and to succeed in a 'smash and grab' adjudication on the basis that it considered that DR had failed to issue a compliant Payment Notice for application 34.  In the absence of a compliant Payment Notice L was arguably entitled to payment of the sum it had applied for in application 34 on the basis that this sum should be deemed the sum certified. However, L explained that it sought a decision on the true valuation to obtain fair payment for the work undertaken up to practical completion and to establish principles that could be applied to future valuations.

DR accepted the Second Payment Notice was non-compliant, but argued that the First Payment Notice was valid.  According to DR the Second Payment Notice provided an agenda for the dispute and satisfied the requirements of the contract and section 110A (2) (a) of the Housing Grants, Construction and Regeneration Act 1996 (HGCRA).  The latter provides that in order for a payment notice to be valid it must state "the sum that the payer considers to be or have been due at the payment due date in respect of the payment, and the basis on which that sum is calculated".

Decision as to the validity of the First Payment Notice

The Judge concluded that the relevant test for the requirements of a Payment Notice set out in section 110A(2)(a) of the HGCRA was plain and requires not only that the notice provides an adequate agenda for adjudication but that it must crucially "set out the sum which the relevant employer genuinely considers due together with the basis on which that sum is calculated".  The First Payment Notice plainly failed that test because the covering email said that a further notice would be issued and as the Judge explained, "the Employer clearly envisaged that the further notice would set out a different figure which would be the figure which the Employer in fact considered to be due".  That plainly could not be described as a valid means of describing what DR considered to be due at the payment due date.

Decision as to severability

As a matter of principle, adjudicators' decisions may be severed in certain circumstances and the Judge provided detailed analysis of the factors to be considered in determining whether such circumstances exist in a given case.  In summary the Judge was particularly concerned with whether the adjudicator was engaged "in making a series of separate decisions" each of which can be usefully severed from one another.  In this case the Judge was not satisfied that the decision on valuation could be divorced from the issue of the cross claim.  The decision on the latter directly impacted upon the sum due under the application which was the central decision referred to the Adjudicator.  The Judge, therefore, agreed with L that having established the adjudicator's decision was unenforceable, there was no part which could be severed so as to bind the parties.

On the basis that the adjudicator's decision was determined to be unenforceable and the First Payment Notice invalid, L contended that it must be entitled to payment of the full sum of application 34 pursuant to section 111 (1) of the HGCRA on the basis that the sum applied for must stand, in the absence of a compliant Payment Notice from the Employer as the "notified sum". However, given that the payment cycle had moved on from application 34 with applications and payments having been made in relation to payment cycle 35, and taking into account neither party had requested relief from the court in relation to the consequences of a finding that the Payment Notice was invalid, the Judge concluded it was inappropriate for him to set out any further conclusions.

One has to question whether the costs of an Adjudication and contested Part 8 proceedings were worth it, having regard to where the parties ended up!

Nonetheless, the decision serves as a useful reminder for how wide the remit of an adjudicator's jurisdiction may be and the importance of both the content of a payment notice and the payer's intention when issuing it.