This trade mark infringement dispute concerns Lacoste, owner of various well-known trade mark registrations, including for its crocodile image and HEMA, part of the HEMA group.

Lacoste is the owner of various trade mark registrations, including for its well-known crocodile. The present case concerns the EU trade mark and the Benelux trade mark of its well-known crocodile. The other party in the dispute is HEMA, part of the HEMA group. HEMA has around 350 stores in The Netherlands, Austria, Belgium, Germany, Luxembourg, France, Spain and the UK and focuses on both wholesale and retail trade. Last spring, it introduced children's underwear on the market. This underwear was decorated with crocodiles (or reptiles). HEMA offered different types of underwear. Two vests offered in one set - one blue and one grey. And two pairs of underpants offered in another set - one blue and one grey. 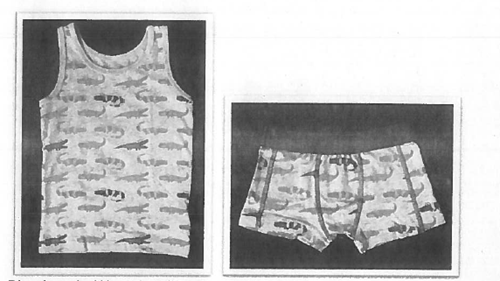 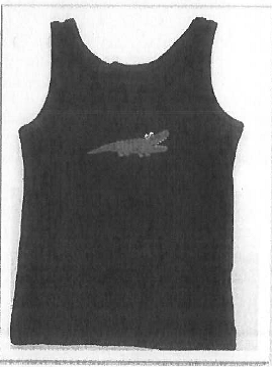 On 20 June 2018, Lacoste sent a cease and desist letter to HEMA, requesting HEMA to stop selling the underwear, together with some further conditions. In a reply, HEMA stated that it would remove the underwear from the website and their stores, but they did not meet the further conditions stated by Lacoste. After investigating Lacoste's claim and concluding that it did not infringe Lacoste's trade mark rights, on 20 July 2018, HEMA started to sell the underwear again.

Prior to the ruling, Lacoste carried out some market research. It interviewed shoppers between the ages of 18 and 75. In relation to association, Lacoste asked the public which brand came to mind when seeing the underwear and why. In relation to confusion, Lacoste asked which brand the people thought the underwear was from and why. The general conclusion of the survey was that a vast majority of the shoppers directly associated the children's underwear with Lacoste. However, in the judge's opinion, this survey could not be used because the questions put forward were leading and those members of the public questioned were not a true representative of the people who bought this underwear.

The interim relief judge made a distinction between 'the grey set' and 'the blue set'. The grey set showed six different kinds of 'reptiles', four grey and two blue. Considering the grey set, Lacoste argued that HEMA infringed their trade mark rights, as HEMA repeatedly used their crocodile on its underwear. HEMA's defence stated that it only used reptiles as decoration and that the relevant public would also interpret it like that. The judge agreed with this. The public's attention was not drawn to the individual reptiles, but to the 'sea of animals' as a whole. Furthermore, it was common to decorate children's underwear with animals like these.

The judge refused to follow Lacoste's argument based on article 2.20 paragraph d of the Benelux Treaty on Intellectual Property. Lacoste stated that the probability of unfair disadvantage was so obvious that further evidence was not needed. The judge did not agree with Lacoste as HEMA sold the underwear in places where they did not offer any other brands other than HEMA's own and Lacoste did not contradict the fact that HEMA sold clothing with similar features throughout the whole year.

Moving on to the blue vest, in comparison to the grey, the blue vest was more similar to Lacoste's clothing than the grey, as it only featured one crocodile on its front. The differences between the two images were obvious, but the judge pointed out that it depended on the overall view. Although the crocodile used by HEMA was more childish and friendly, the more or less vague recollection of the relevant public that is faced with the image was more important than the actual image.

So in case of the blue vest, the image certainly bore more similarities. However, the judge held that again there was no infringement. Most importantly in this decision was the fact that the vests and the underpants came in sets of two pieces. In buying the set of vests, you would automatically get both a grey and a blue one. As the judge held before, the grey shirt could not be seen as an infringement. Since the vests and the underwear came as part of a set and could not be bought separately, the set as a whole could not be seen as an infringement. Furthermore, the judge held that there would be no post-sale confusion, since the vest was not visible (under clothes) and therefore, the public would not be confronted with the vests.

The HEMA group had a busy year in relation to IP infringements. Earlier in 2018, they were ordered to pay EUR 4.4 MILLION to Levi's because they used similar stitching in their jeans. The judgment in the present case is relatively straight forward. One of the most important points is that HEMA solely sells the underwear in their own stores and website, where you can only buy HEMA's own brand. Furthermore, the use of the crocodiles or reptiles is decorative rather than being used as a brand itself. The judge's argument regarding the post-sale confusion was relatively weak. The fact that others will not be confronted with the vests is perhaps too simplistic. It is not unusual for a child to take off his clothes, ending up in just these kinds of vests on their upper body. Also, during the summer, a lot of children wear these kinds of vests and not an additional layer. It is interesting to consider what would have happened if HEMA had sold the vests separately, as the similarities with the blue shirt were more obvious than with the grey shirt. HEMA may then have been in a weaker position.