20 November 2022 sees the kick-off of the FIFA men's World Cup in Qatar and with it the frenzy of World Cup inspired marketing. Qatar is expecting 1.2 million visitors to attend the World Cup, with more watching at home. It is tempting for marketers to capitalise on the exposure and fervour that the World Cup will create, however, as in the game itself, it is important to stay 'on-side' – both of domestic IP law and of the new IP legislation introduced in Qatar to protect FIFA and its partners.

Types of marketing to be cautious of:

This is when a non-sponsor seeks to associate itself with an event, without authorisation, and consequently misleads the public into thinking that the marketer is connected with the event. 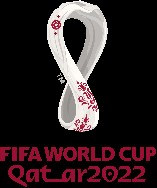 Marketing in Qatar using any of FIFA's registered trade marks without a licence will be considered trade mark infringement. Should this happen, FIFA may notify the Supreme Committee, which will inform the authorities to take action. The penalties under the new law are much stricter than existing IP laws in Qatar.

The new Qatari law also bans acts of unfair competition regarding FIFA, including carrying out commercial activities that could be seen to be linked to FIFA. This provides protection against marketing which does not include FIFA's registered trade marks, but nevertheless creates the impression that there is a connection with FIFA and its World Cup.

FIFA has a large international portfolio of registered trade marks for the 2022 World Cup, including in the UK. Examples of their registered trade marks in the UK include the FIFA World Cup Qatar 2022 logo, the words "FIFA WORLD CUP QATAR 2022" and the words "QATAR 2022". These trade marks are protected for many goods and services, including "advertising" and "marketing services". Therefore, any advertising or marketing in the UK which includes these words or logo will constitute trade mark infringement.

FIFA may also be able to rely on the rules of 'passing off' in the UK. This is when an ambusher makes enough reference to an event that it deceives the public into thinking that the ambusher is connected with the event, causing damage. This affords protection for instances when a marketer has not explicitly referenced the World Cup (or any of FIFA's other registered trade marks) but still reproduces enough features that the public assumes a connection.

There is also likely to be copyright protection for the official World Cup photographs, logos and event footage. Therefore marketing which includes any of FIFA's logos, photographs or video footage could give rise to a copyright infringement claim.

Off-side: The most blatant examples of ambush by association marketing would be use of any of the above protected trade marks, copyright-protected videos and photos or direct references to the event and its name. Borderline, but infringing, marketing may not include explicit reference to the event, but would include enough features for the viewer to assume an association.

A previous example of a borderline infringement of ambush by association was prior to the 2010 South African World Cup. South African airline Kulula.com ran a newspaper advert which described themselves as "Unofficial National Carrier of the You-Know-What" and contained images of stadiums, footballs, vuvuzelas (popular South African football horns) and national flags. FIFA complained that the combination of all of these elements created an unauthorised association with the 2010 World Cup and the advert was subsequently pulled.

On-side: Savvy marketers will avoid falling foul of ambush by association by making more subtle references, without explicitly naming or referencing the Qatar 2022 World Cup or any of its trade marks, or re-producing enough of its elements to form an association with the World Cup.

A previous 'on-side' example was Pringles' "Pringoooals" football themed on-pack promotion which coincided with the 2020 Euros. Despite the tournament being cancelled, this marketing was not 'off-side' because the promotion did not refer to the 2020 Euros by name, nor include sufficient content to make the public think that Pringles were connected to the event.

This is when a non-sponsor seeks prominent brand exposure at the event, either within the controlled area of the event or just outside it, e.g. erecting large signs in shot of the camera, flying advertisements through airspace, or handing out products to fans as they arrive at the event.

New Qatari law sets out that no advertising or promotion which is not authorised by FIFA can take place in (i) any venues used for the competition; or (ii) in the controlled commercial area, being the 2km radius from the stadium and competition venues, including airspace.

This will normally be controlled by all event organisers by a provision in the ticket terms and conditions which prevents the display of any commercial messages without authorisation in the stadia. Contractual controls will also be deployed to ensure competing athletes and teams and even volunteers do not use their moment in front of the cameras to promote an unauthorised brand. Major events will often back up these contractual controls with special laws preventing unauthorised advertising (and often also street trading) in and around stadia.

As such, the Qatari law set out above will be the precedent for any UK-based organisations at the Qatar World Cup.

Off-side: During the 2006 FIFA World Cup, Bavaria Brewery (a Dutch brewery) distributed orange "Leeuwenhosen" (a mix of the Dutch word for "lion" and the German word for "trousers") to 1,000 ticket holders. The overalls were branded with their logo, and were orange (the Dutch national colour) and had lion tails (a lion was the official 2006 World Cup mascot). Spectators were ordered to remove the leeuwenhosen before entering the stadium as Bavaria Brewery did not have sponsorship rights and it constituted an ambush by intrusion.

On-side: During the 2010 US Open, Stella Artois carefully skirted the protected area of the Billie Jean King National Tennis Centre to avoid being penalised for ambush by intrusion marketing. They placed at least 15 adverts, which were pictures of their beers with slogans including "The Top-Seeded Belgian… Ace", "Service with no faults" and "Game.. set… match" at the train station near the stadium. For all of the attendees who took the train to a match, this made them look like the official sponsor of the event, when in fact Heineken was.

This is when implied references to the event are made, often off the back of a 'hot-topic' or controversy generated at the event.

New Qatari law bans acts of unfair competition regarding FIFA, including carrying out commercial activities that could be seen to be linked to FIFA.

Opportunistic ambush marketing in the UK may fall foul of the rules on 'passing off' (as set out above), or alternatively of copyright infringement, should it include any of FIFA's copyright-protected-photos, video footage or other logos/artworks.

Most opportunistic ambush marketing, however, is likely to capitalise on controversial or funny happenings and so cast negative aspersions on the event, meaning that viewers are unlikely to assume that the marketing is associated with the event, thus making it difficult to tackle. Such marketing may still receive complaints from an event organiser, however, even if no legal avenues of claim are open.

Off-side: Opportunistic marketing which manages to stay 'on-side' legally, can still go 'off-side' in terms of public perception and create bad publicity for marketers. An example of this was around the 2018 FIFA World Cup in Russia, where bookmaker Paddy Power released an advert supposedly leaking 'live' footage of a Russian polar bear being emblazoned with an England flag. They released a full newspaper wrap in the Metro reading 'England 'til I dye'. Paddy Power claimed that the stunt was to draw attention to conservation issues surrounding the polar bear in the Russian Arctic. However, it created a public outcry and mass complaints at the time, resulting in bad PR for Paddy Power.

On-side: During the 2014 World Cup in Brazil, Activia saw an opportunity to create a commercial through a global-football themed video for Shakira's song "La-La-La", which became the unofficial song of the World Cup, including some of the world's highest profile players and promoting their brand, as well as, and most importantly, encouraging public support for the World Food Programme's school meals initiative. Legally, no direct reference was made to the World Cup or any trade marks but Shakira's song was re-made with lyrics relating to football being played in Rio de Janeiro, where the final of the World Cup would take place, by countries including Brazil. The video, which was shared not long before the commencement of the World Cup, became the most-shared commercial ever in history, being promoted by Shakira and shared widely on social media platforms. The online video commercial's viral success was attributed to the popularity of Shakira, inclusion of high profile footballers, and the implied references to the World Cup.

Unless permitted as an official sponsor of the Qatar World Cup, businesses should not do the following in their advertising and marketing campaigns:

Even if a business is permitted to be an official Qatar World Cup or national team sponsor, it is important to:

Given the new Qatari laws that have been introduced, it will be difficult for unauthorised businesses to use the Qatar World Cup as an opportunity to market and advertise their products or brand, without being coy about how they present them. If the tactics above are followed, and the rules are counter-attacked with creativity and thinking outside of the (18-yard) box when putting together a 'set piece' to advertise during the World Cup, that set piece could end up winning big off the pitch.

With special thanks to Trainee Solicitor, Andre Demetriou, for his contribution to this article.