Cutting through the issues: colour trade marks and chainsaws

In a recent ruling (Andreas Stihl v EUIPO (Case T-193/18)), the EU General Court has annulled a EUIPO decision that found a colour trade mark, consisting of a combination of the colours grey and orange, was invalid.  This ruling provides a more optimistic outlook for colour marks than is often the case.

The General Court found that the mark could act as a badge of origin for the relevant public and that it was also capable of enabling the competent authorities and economic operators to know the scope of protection afforded to the brand owner.

The decision highlights the importance of precision when drafting the description section of trade mark applications to register combinations of colours as trade marks.

In 2008, Andreas Stihl AG & Co KG ("Andreas Stihl"), a German manufacturer of chainsaws and other handheld power tools, filed an application to register a colour sign as an EU trade mark (EUTM) for 'chainsaws' in Class 7. The sign was a combination of colours per se (i.e. colours which are not spatially delimited) comprising 'orange (RAL 2010)' and 'grey (RAL 7035)'. 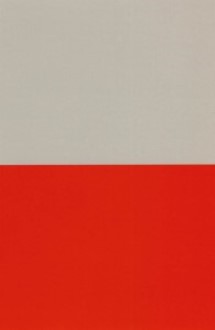 In 2015, Giro Travel Company SRL ("Giro") sought a declaration of invalidity of the EUTM, arguing that it was not capable of distinguishing the goods or services as it failed to satisfy the Sieckmann criteria set out by the CJEU.  Specifically, the representation of the two colours was not clear, precise, self-contained, durable and objective.  Similarly, Giro argued that the colour combination of orange and grey was commonly used in the field of forest tools, so consumers were not likely to perceive it as a badge of origin.

The Cancellation Division of the EUIPO rejected Giro's application.  On appeal, the Second Board of Appeal, annulled the Cancellation Division's decision and declared the trade mark invalid. Specifically, it held that a sign composed of a combination of orange and grey was not capable of distinguishing Andreas Stihl's goods from those of other businesses.  Andreas Stihl appealed the decision to the EU General Court.

Appeal to the General Court

Andreas Stihl argued that the graphic representation of the colour mark in issue was sufficiently clear and precise, under Article 4 and 7(1)(a) of the EUTM Regulation No 207/2009. It further argued that the representation contained a systematic arrangement in which the colours were used in a predetermined and uniform manner, with the particular shades of colour identified using a colour code, and with the inclusion of a very specific description, in compliance with CJEU case law.

The EUIPO contended that it was unclear whether, under CJEU case law, the representation of two colours in equal proportions and placed side-by-side was tantamount to claiming colours 'in every conceivable form', or whether such a representation was unclear only if the description rendered it imprecise.

The EUIPO also argued that the colour combination could be reproduced on products with different shapes.  Similarly, the description allowed for different combinations rather than defining the systematic arrangement of the colours.

The General Court found that, although the two colours did not have contours giving them a particular shape, the description included in the application specified that the trade mark takes the form of a part of a chainsaw housing. Furthermore, the description specified that the upper part of the housing would be orange, while its lower part would be grey. This placed a greater limit on the shape which the chainsaw housing could take, limiting the variations in design that consumers could perceive.  In those circumstances, the trade mark did not take 'all conceivable shapes' so as to cause the mark lacked to lack precision and uniformity.

The General Court held that the EUTM had a systematic arrangement of the orange and grey colours concerned in a predetermined and uniform way. It was, therefore, capable of acting as a badge of origin for the relevant public, and of enabling the competent authorities and economic operators to know the scope of protection afforded to the proprietor of that trade mark.

This judgment of the General Court shows how the description in the application for a colour combination trade mark is crucial when assessing whether the mark can act as a badge of origin. It is the description that gives a colour combination certainty in how it is to be applied to the goods in question.  Often, applications for colour per se trade marks fail where the description is too imprecise and capable of being interpreted in a multitude of ways. A recent example is Glaxo's attempt to register the colour purple (2587C) as an EUTM, which was rejected by the General Court - see our previous blog, Glaxo's purple still not distinctive. It will be interesting to see whether the General Court's judgment is appealed.

With special thanks to trainee Luke Thomas Collins for his contribution to this blog.