Last week, the EU General Court dismissed the action brought by Chanel against the registration of  Huawei's logo trade mark, on the basis that the trade marks in question are not similar.

Back in 2017, Chinese tech giant Huawei Technologies Co. Ltd applied to register the following logo as a EU Trade Mark (EUTM) in relation to a range of hardware and software products in Class 9:

Chanel opposed the application on the basis that Huawei's logo was similar to its earlier French trade mark registrations for the following logos: 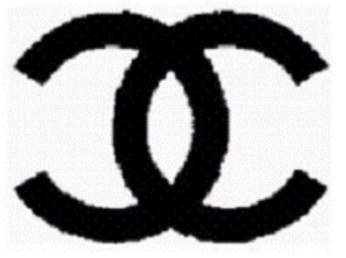 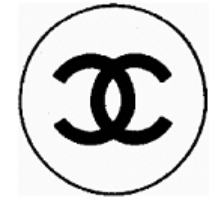 It is worth noting that between them, Chanel's earlier registrations covered a range of goods in Classes 3, 9, 14, 18 and 25, including "computer hardware" in Class 9.

In March 2019, the Opposition Division rejected the opposition in its entirety, and Chanel appealed. In November 2019, the Fourth Board of Appeal of the EU Intellectual Property Office (IPO) dismissed the appeal. The Board of Appeal found that there was no identity or similarity between the parties' logos, and that there was no likelihood of confusion on the part of the relevant public.

Chanel's main argument was that the marks are indeed similar, because when Huawei's logo is rotated by 90 degrees it is visually similar to an average degree to Chanel's own logo.

The assessment of the visual, phonetic and conceptual similarity of the signs at issue must be based on the overall impression generated by the signs, bearing in mind their distinctive and dominant elements. The General Court considered the case law and confirmed that when assessing similarity, signs must be compared in the form in which they are registered. The actual or hypothetical use of registered marks in another form (such as rotated 90 degrees) is irrelevant when comparing the signs.

The General Court noted a number of differences between the marks, including:
Taking the above into account, the General Court found that there was no similarity between Huawei's logo and either of Chanel's trade marks, and so the action was dismissed. (See Chanel SAS v EUIPO T-44/20 for the judgment.)

The decision confirms that when assessing similarity of marks, only the protected version of those marks should be taken into account. Any hypothetical use, which may differ from the registration, is irrelevant when making the assessment.

Huawei is currently using its logo in relation to the Huawei AI Life app, which appears to be for its smart home offering. Chanel is likely to monitor such use with a view to taking further action if Huawei's use of the logo conflicts with its own goods and services. In the UK at least, Chanel may have a stronger case against Huawei under the tort of passing off – in this situation, the court should be able to consider the commercial reality (such as goods bearing the logos being rotated in different directions) rather than being limited to the strict comparison of trade marks as filed / registered as required by the EUIPO.

Finally, Chanel may seek to appeal the General Court's decision. If leave to appeal is granted, an appeal (limited to points of law only) may be brought before the Court of Justice.