The UK's post-Brexit Geographical Indication scheme has announced the first product to be protected since it came into effect on 1 January 2021: Gower Salt Marsh Lamb.

Geographical Indications (GIs) protect food, drink and agricultural products that possess either a geographical connection or are made using traditional methods. They are a guarantee of the product's origin and help protect against third party imitators or misuse of the name.

The UK implemented a new GI scheme following the conclusion of the Brexit transition period on 31 December 2020, whereby the UK was no longer protected by the European Union GI scheme. Any GIs that were registered under the previous EU scheme by the expiry of the transition period were automatically granted equivalent protection under the new UK scheme, thereby ensuring continued protection for such well-known products as Scotch whisky, Stilton blue cheese and the Melton Mowbray pork pie. We have previously blogged on the new scheme here: SnIPpets | Intellectual Property Law Blog | New UK Geographical Indication scheme announced | Fieldfisher.

The UK scheme recently registered its first UK GI: Gower Salt Marsh Lamb. The lambs that produce this meat are born, reared and slaughtered on the Gower salt marsh near Swansea in South Wales. The lambs graze on the naturally occurring plants on the marsh, such as samphire, sorrel and sea lavender, which give the meat a distinctive flavour.

Now, following a decision on 23 July 2021, the Secretary of State confirmed that Gower Salt Marsh Lamb is a Protected Designation of Origin (PDO) under the UK's GI scheme. This means that as of 11 August 2021 only lamb that is reared and slaughtered on the Gower peninsular by verified producers may be labelled as Gower Salt Marsh Lamb using the below logo: 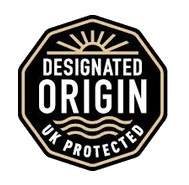 Records show that sheep have been grazing on the Gower salt marshes since medieval times and their meat is now highly regarded among professional and amateur gourmets alike, making it a worthy addition to the UK GI scheme. No doubt it will be the first of many new UK GIs!

With special thanks to Alex Bryan, Solicitor Apprentice, co-author of this blog.