SPACs in the energy sector – a quick guide 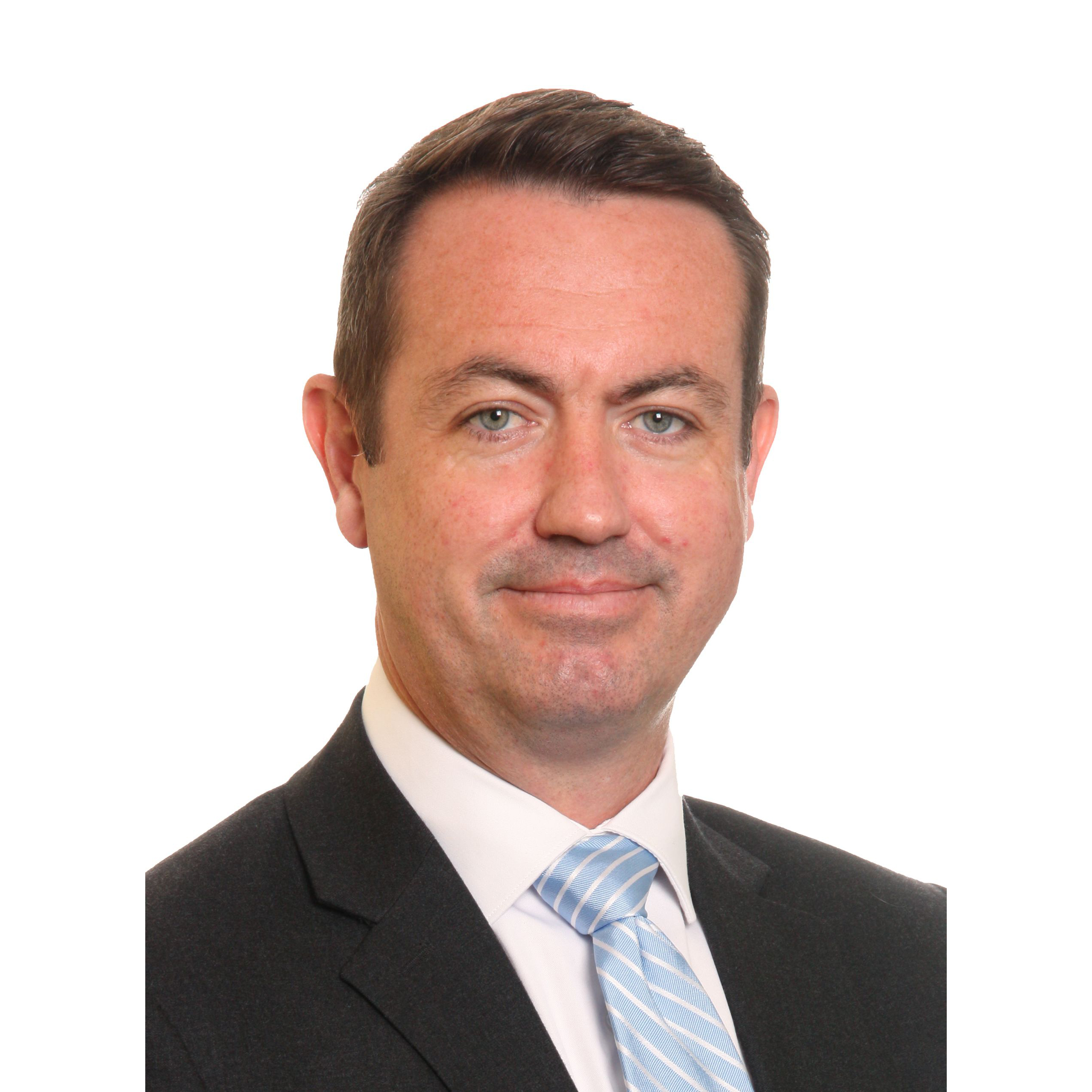 Special purpose acquisition companies have proved popular in the US and in the right circumstances could become more common in Europe's capital markets.


Special purpose acquisition companies (SPACs) shot to prominence in 2020 due to their popularity in the US tech sector.

SPACs have also been enthusiastically embraced (albeit to a far more modest extent) by the energy industry, specifically for renewable power, clean-tech, hydrogen, energy storage, electric vehicle charging and battery technologies – and in more limited cases for conventional power and oil and gas businesses.

Although there is nothing particular about SPACs that lend them to energy company floats, they have been one of many channels through which capital has flowed to the clean energy sector at a time when investors are motivated by commercial opportunities to tackle climate change through "energy transition" solutions.

SPACs, in their current form, have been around since at least the early 1990s.

Often referred to as ''blank-cheque'' companies, they are empty cash shells with no business operation, created with the sole purpose of holding investors' cash and listing on a stock exchange, with the objective of acquiring a company or asset.

SPACs are formed by a sponsor, or group of sponsors, consisting of a management team who will seek a private business to purchase.

Private companies that are acquired by/merged with SPACs become publicly-listed and the SPAC relinquishes its acquisition vehicle status (known as "de-SPACing").

If the acquired company trades well and its share price increases, investors receive a return on their investment.

Although SPACs do not usually have a specific target in mind at the time of listing, the sponsors typically have industry-specific knowledge and will target businesses in these industries.

As part of the acquisition, the SPAC's sponsors will often join the acquired business's management, and may serve on the board of the public company.

Once listed, SPACs typically have two years in which to acquire a private business, or they must return the money to their investors.


Why have SPACs become so popular?

At times of low interest rates, investors often look to equities for returns.

When fiscal stimulus measures from central banks flood markets with cash, this encourages private companies to make a dash for public markets to take advantage of the available capital.

SPACs can offer a quicker, cheaper route to the public markets than a traditional initial public offering (IPO).

Consequently, they appeal to early-stage businesses with growth potential in need of fresh liquidity.

The start-up culture that emerged from the 2008/9 financial crisis created a huge choice of potential targets for acquirers.

The management teams of many of such businesses, having built them up over the past decade, are now looking for exit strategies.


What are the main benefits of SPACs?

One of the principal "benefits" of SPACs is that they do not have to comply with the tougher listing rules that apply to traditional IPOs.

Floating a company on a major stock exchange is typically a lengthy process that requires a business, with the help of financial and legal advisers, to draw up a detailed prospectus or admission document designed to give potential investors as much information as possible about its operations.

For energy companies, especially those with novel technologies and/or complicated business models, this can be a particularly long and complicated part of the listing procedure.

While this rigorous practice is designed to prevent companies from providing incomplete or misleading information that could harm the interests of investors, management teams may regard IPO requirements as overly onerous and expensive when weighed against the benefits of a listing.

Another draw of SPACs versus traditional IPOs is that company founders get to keep or redeploy a greater share of the IPO rewards, rather than paying significant shares of the listing proceeds to banks.

Investment banks can expect to receive between 5% and 10% of IPO proceeds through underwriting fees alone, and legal and accounting costs incurred through due diligence further eat into companies' finances.

By opting for a less expensive route to market via a SPAC, companies can choose to channel the money they save into, for example, marketing or research and development for future growth.

For smaller companies seeking to access the public equity markets, where underwriting the fundraising is much less common, listing via a SPAC de-risks the potential for the fundraising to fail.

The company and the SPAC can also agree a valuation for the business upfront, rather than have it determined (or "priced") through the IPO marketing process.

A SPAC listing, particularly merging with an entity with the proceeds of a previous funding round, is therefore an attractive prospect to early stage, pre-revenue companies.

Reversing into a cash shell or investing company is already a popular way for exploration and appraisal companies in the natural resources sector to come to market.

IPOs often receive close media scrutiny, from the publication of the intention to float right through to first day of dealings.

Media coverage can be desirable and useful, but it can also be negative and/or unhelpful, particularly if the company looking to float is a complicated energy business whose proposition or target market is difficult to sell to the press.

By contrast, SPACs can make acquisitions and bring companies to market relatively quickly and quietly.


What are the main concerns about SPACs?

Unlike IPOs, where a company's business proposition and valuation are scrutinised through investor presentations and verification of the admission document by legal and financial advisers before it floats, such detailed examination is largely absent in SPAC mergers.

Protection of retail investors is a key concern for institutional investors and financial market regulators, and SPACs are considered particularly risky because investors usually decide to invest in the SPAC based on little more than the sponsors' reputation and a hope that they will choose a successful target.

In the UK, when a SPAC buys a company, the transaction is classed as a reverse takeover and the SPAC’s shares are suspended.

Trading cannot resume until a deal prospectus is published, for which there is no deadline, meaning investors' money can be locked up for years.

The lack of transparency around sponsor compensation and incentives for insiders has also generated concern, as has the sustainability of valuations given to pre-revenue companies during acquisition frenzies.

In September 2020, the US Securities and Exchange Commission (SEC) indicated that it plans to enhance disclosure and transparency requirements for SPACs, following regulatory concerns over recent fundraisings.

The SEC has issued various further statements covering a range of SPAC-related issues, including commentary on celebrity endorsements, what it considers to be misunderstandings about liability risks involved in de-SPAC transactions and possible accounting and financial reporting changes for SPACs.


SPACs in the UK

The UK listing regime is not currently designed to cater for SPACs.

The "reverse takeover" classification of SPAC acquisitions and corresponding suspension of shares has resulted in the paralysis of a number of UK SPACs.

Another deterrent for listing SPACs in London is that, to join the Primary Segment of the London Stock Exchange (which is a requirement for companies to be included in the FTSE indices, and therefore eligible to be purchased by index tracker funds), companies must fulfil various criteria.

This includes a financial trading history, which, given they are cash shells, renders SPACs ineligible.

A Treasury-backed review published in March 2021 recommended, among other modifications, that the UK listing regime be amended to make London more attractive for SPACs by removing the suspension of shares rule after the acquisition of a target company.

The report highlighted fears that London's burdensome IPO requirements are harming the competitiveness of its capital markets in the face of competition from other exchanges – which in the case of SPACs includes New York and Amsterdam.

The report's findings are merely recommendations and will require further regulatory consultation, as well as primary legislative changes to become law.

Nevertheless, the UK's Financial Conduct Authority welcomed the report's proposals and has indicated that some changes could be made before the end of 2021.

London is not alone in its cautious approach to SPACs.

Europe’s conservative capital markets have also been largely sceptical of these vehicles and to date European regulators have resisted emulating the US' enthusiasm for SPACs – although there are signs that this is beginning to change.

As of April 2021, France's Euronext Exchange had only seen two SPAC listings.

However, the Autorité des marchés financiers (AMF), the French financial markets authority, issued a statement in April clarifying that the professional segment of Paris’ regulated market "is a suitable listing place for SPACs, which, in their initial phase, mainly target such qualified investors".

AMF also noted that it had "observed a significant increase in the number of SPACs preparing their listings on the Paris stock exchange since the beginning of 2021" and stressed that the French legal framework and regulatory requirements are equipped to "welcome" SPAC listing in Paris, while providing appropriate investor protection.

Italian regulators have also indicated their interest in seeing more domestic SPAC listings, although the effectiveness of such financial vehicles is undermined by the difficulties in finding appropriate targets and Italy's complicated process for approving business combinations.

In Germany, the Frankfurt Stock Exchange has seen a modest number of SPAC listings over the past decade and is now facing calls to encourage more to join its markets, encouraged by comparisons between the Frankfurt Exchange's SPAC structure and the structure used for such companies on the New York Stock Exchange.

The Netherlands is most hotly tipped to emerge as the European capital for the SPAC craze.

Like Frankfurt, Amsterdam's stock market (the Euronext Amsterdam) bears comparison with the NYSE in its treatment of SPACs.

Unlike most other European jurisdictions, Dutch law does not have rules that apply only to SPACs, and allows further flexibility to entities formed as a BV (a private limited company).

Investors in Amsterdam-listed SPACs can exercise redemption rights at ease, and also remove their money in the SPAC if they do not like the proposed target chosen for the merger.

Euronext Amsterdam also has earned a reputation as a European home for many international and technology-focused companies and may be a more natural venue than London for renewable energy and clean-tech related growth companies.

SPACs in the energy sector

Regardless of regulatory hurdles, in the right circumstances, SPACs can offer a useful way for small and growing energy companies to achieve a public listing as an alternative to an IPO.

Energy companies with a technology aspect to their business or a focus on renewable energy may be best placed to take advantage on the SPAC boom.

This article was authored by Jack Mason-Jebb, corporate solicitor and Brad Isaac, corporate partner at Fieldfisher.