In the wake of the shock caused by localised blackouts across the UK in August 2019, when thunder storms knocked out parts of the National Grid's electricity network, Hugo Lidbetter examines the...

On 9 August 2019, there were localised blackouts across the UK, following lightning strikes to transmission infrastructure that caused (or at least preceded) the tripping of two separate power generators (Little Barford CCGT and units 2 and 3 of the Hornsea offshore wind farm).

This was the first blackout for 11 years and prompted some high-profile commentary on the resilience of the UK's electricity system and the respective roles of conventional and renewable generation.

One aspect under examination was the relationship between the decreasing prominence of conventional thermal generation and system frequency, inertia reactive power and reserve power.

This note summarises the meaning of those terms and the ancillary services National Grid ESO (NG) procures to help it balance the system.

Although the Balancing Mechanism (BM) is well understood, the reality is that around 80% of balancing action takes place through ancillary contracts, with the remainder through the BM. 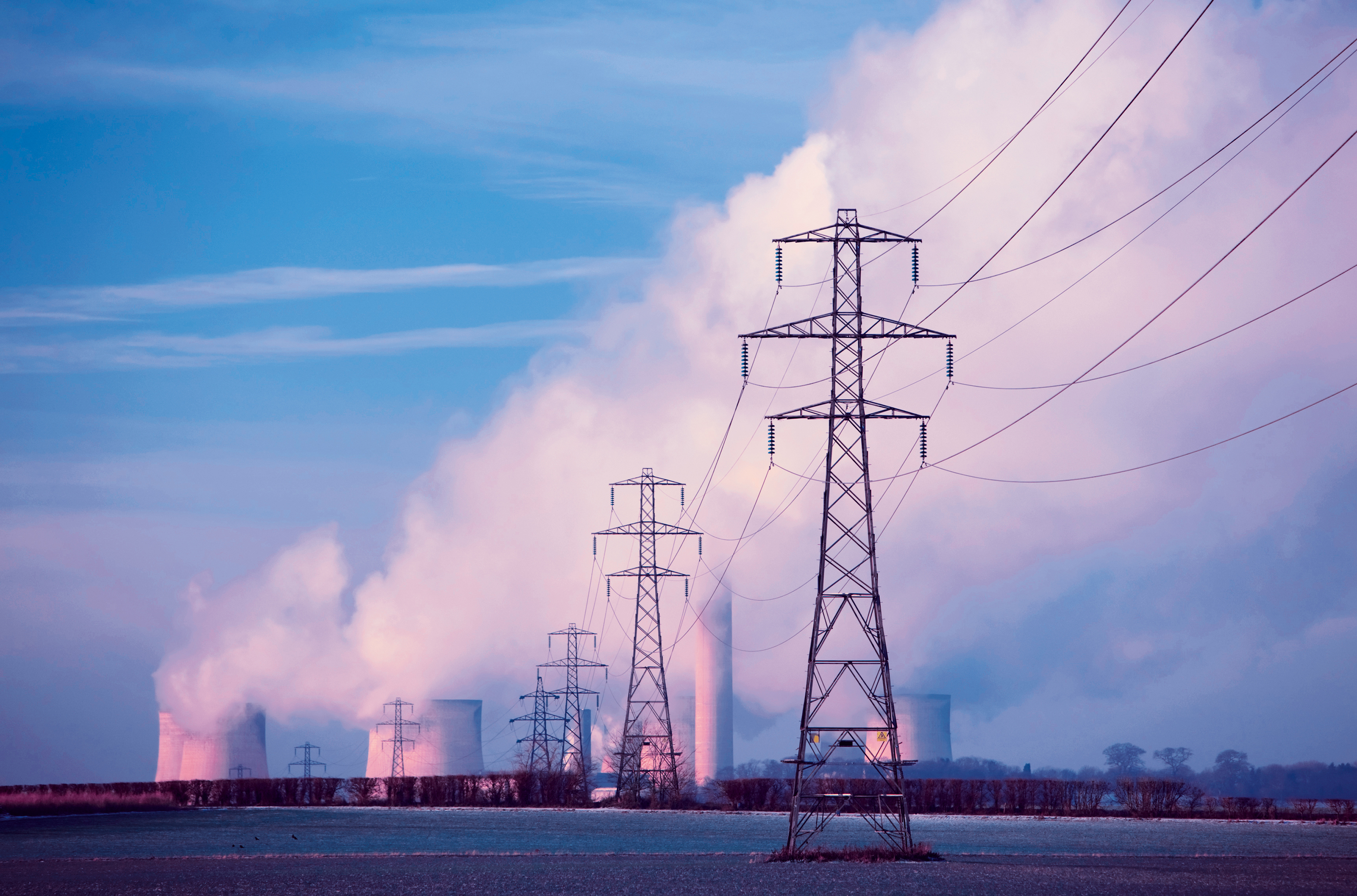 The National Electricity Transmission System operates at a frequency of 50 Hz, and NG is under a legal obligation to maintain frequency within +/- 1% of that figure (i.e., within a stable range of 49.5-50.5 Hz, although frequency is generally maintained within an operational limit of +/- 0.2 Hz).

System frequency is determined by the balance between generation and demand. If demand exceeds generation, frequency falls.

Frequency continuously oscillates and NG procures a range of frequency response services to help maintain frequency in a stable range.

If frequency moves outside this range, as it did on 9 August (getting as low as 48.8 Hz), electrical systems start to trip to prevent damage caused by major frequency deviations.

If a sufficient capacity of generation trips (including in this case almost 500 MW of embedded generation), frequency falls to a level where Low Frequency Demand Disconnection is triggered and the Distribution Network Operators start disconnecting loads on their systems, causing localised blackouts.

Generators that operate in frequency response mode are able to quickly respond to frequency deviations by increasing or decreasing output, with the response typically being provided within 2-30 seconds.

NG’s need for frequency response services is highest when system inertia is low, as frequency deviations move faster, as explained below.

Enhanced Frequency Response refers to the one-off tender in 2016, when 200 MW of capacity was contracted to deliver sub-second response services.

This form of service is particularly suitable to grid scale batteries. Battery storage developers point out the benefits of immediate frequency response for the first few minutes of a Grid incident, until larger (e.g. gas) generators are able to respond at greater capacity and for longer durations. 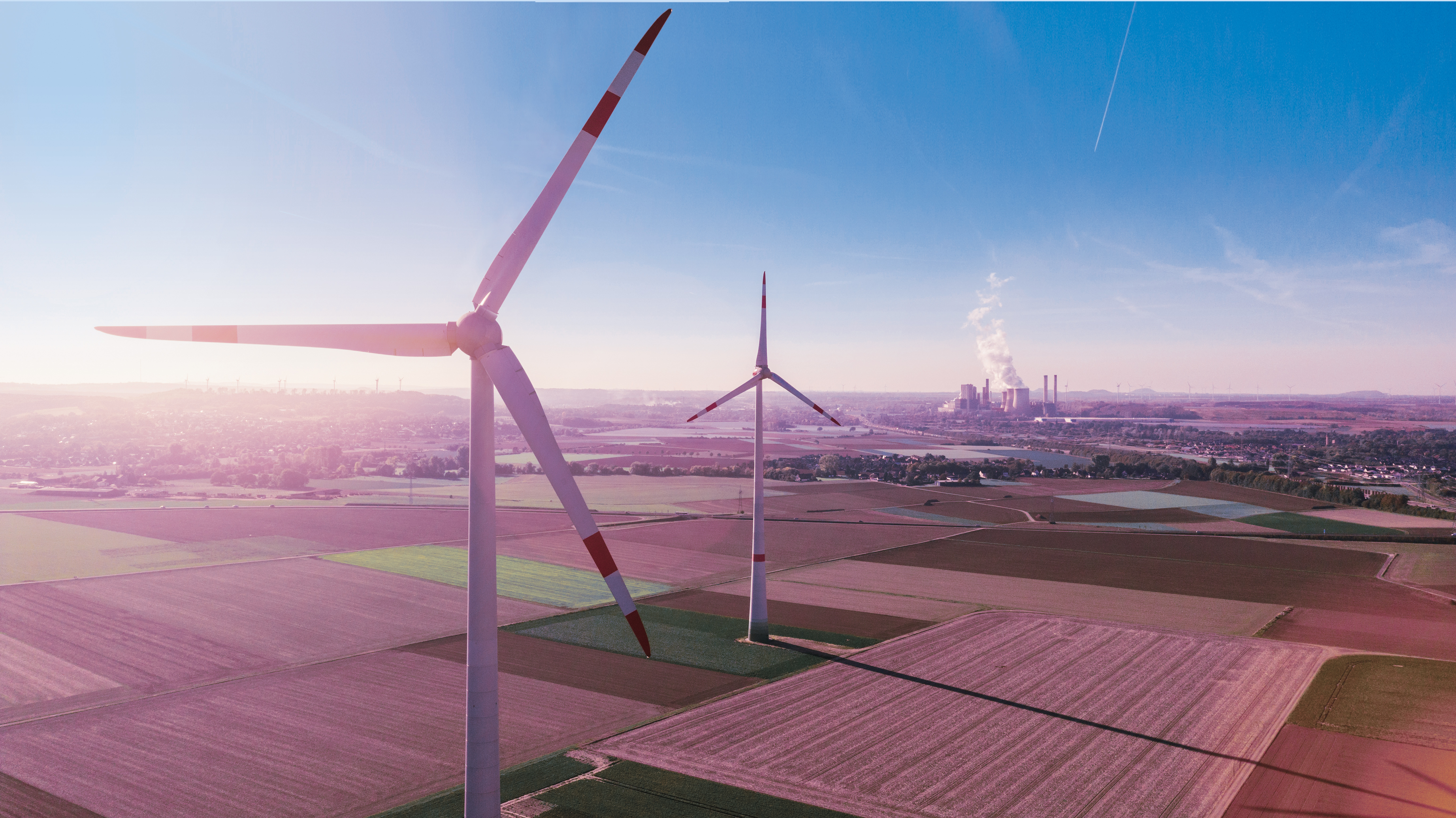 Inertia is the physical description of an object’s tendency to continue in its current state.

This means, absent an opposing force, a stationary object will remain stationary and a moving object will continue at its current speed and trajectory.

Inertia has traditionally played a particularly important role in maintaining frequency on the Grid, as it is able to slow down the Rate of Change of Frequency (RoCoF).

This synergy traditionally arises naturally through the mechanical motion of spinning turbines.

All UK spinning turbines are electrically linked (synchronised) to the frequency of the Grid. The consequence of turbines spinning is that they provide a natural and free supply of inertia to the Grid, meaning they soften frequency deviations from the target 50 Hz.

As mentioned above, the level of inertia on the system determines how quickly frequency will change when an imbalance arises between generation and demand.

A common analogy is that of car shock absorbers or suspension, which smooth out the impact of potholes on the road.

With the increasing prevalence of non-firm generation (primarily wind and solar), the proportion of generation made up of spinning turbines is falling, and as such NG is losing its natural and free supply of inertia

As system inertia decreases with the changing energy mix, the RoCoF has a tendency to increase.

Rather than looking to emulate synchronous generation and procure supplies of inertia to replace turbine generation (which it regards as an expensive option), NG’s strategy has instead been to limit the largest infeed loss (for example, by instructing the largest generator to limit output).

This is to minimise a significant RoCoF if that generator were to unexpectedly fail.

There has nonetheless been some progress with the development of synthetic inertia from wind and solar plants.

This includes the emergence of "inertial response emulation" as a means of simulating the effect of inertia through tracking system frequency, and controlling power output accordingly. 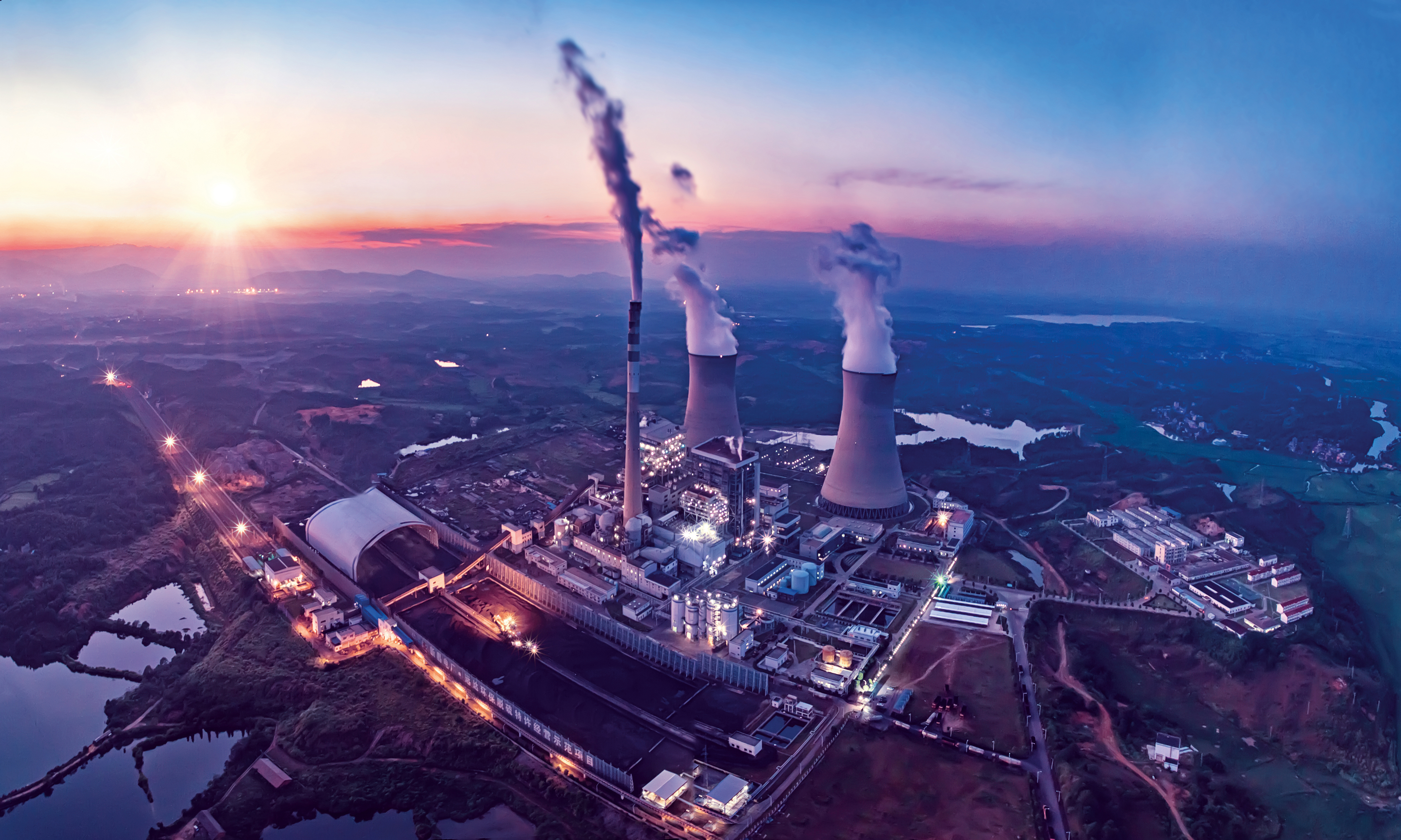 Active power (measured in watts/kilowatts/megawatts) is the form of electricity that satisfies domestic and commercial energy demand.

Reactive power is what “pushes” the active power around the Grid (although it is not itself a force) and is important because of its effect ton system voltage.

The UK transmission system has to stay within 5% of 400 kV (or 275 kV), and the ability of a unit to absorb or generate reactive power helps deliver voltage stability (generating reactive power increases voltage on the system).

Reactive power is generated in the same way as active power, but fed into the system differently. It also only has a short-lived localised effect.

Traditionally, there have been a high number of intensive users of electricity and this has meant generators have been required to generate reactive power to maintain system voltage.

As the electricity system has become increasingly decentralised and demand from large industrial consumers has fallen, it is now more common for generators to be required to absorb reactive power.

This is because the falling load on the system increases voltage, so generators are needed to absorb reactive power to compensate.

It is possible for wind and solar farms to deliver reactive power, although there is little financial incentive for them to do so. 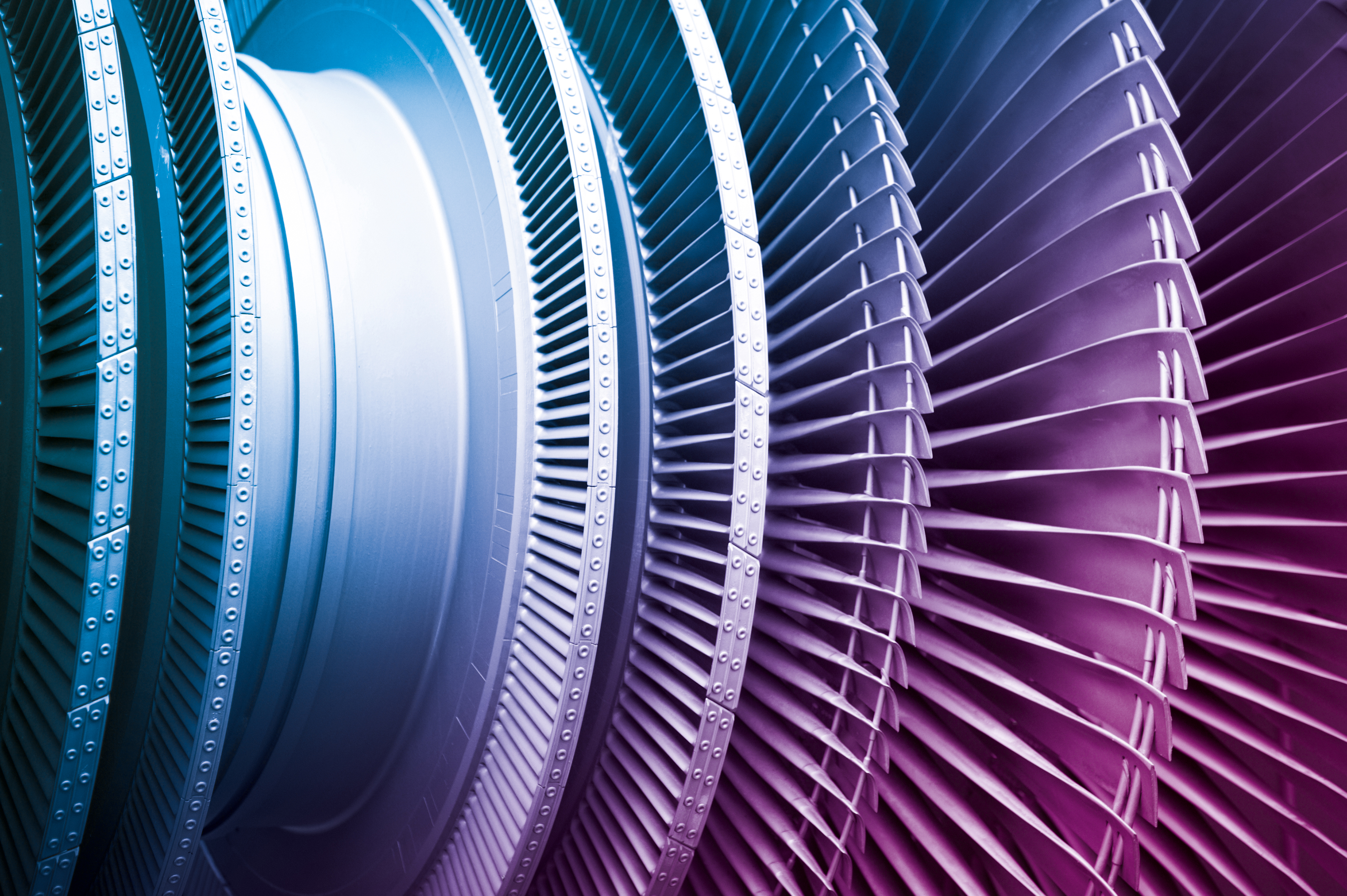 Reserve power is needed to compensate imbalances that arise from forecasting errors and unexpected losses on the system.

There are various forms of contracted reserve power, and they are generally concerned with compensating for an unexpected drop-off of the largest generating unit on the system.

These reserve power sources include: 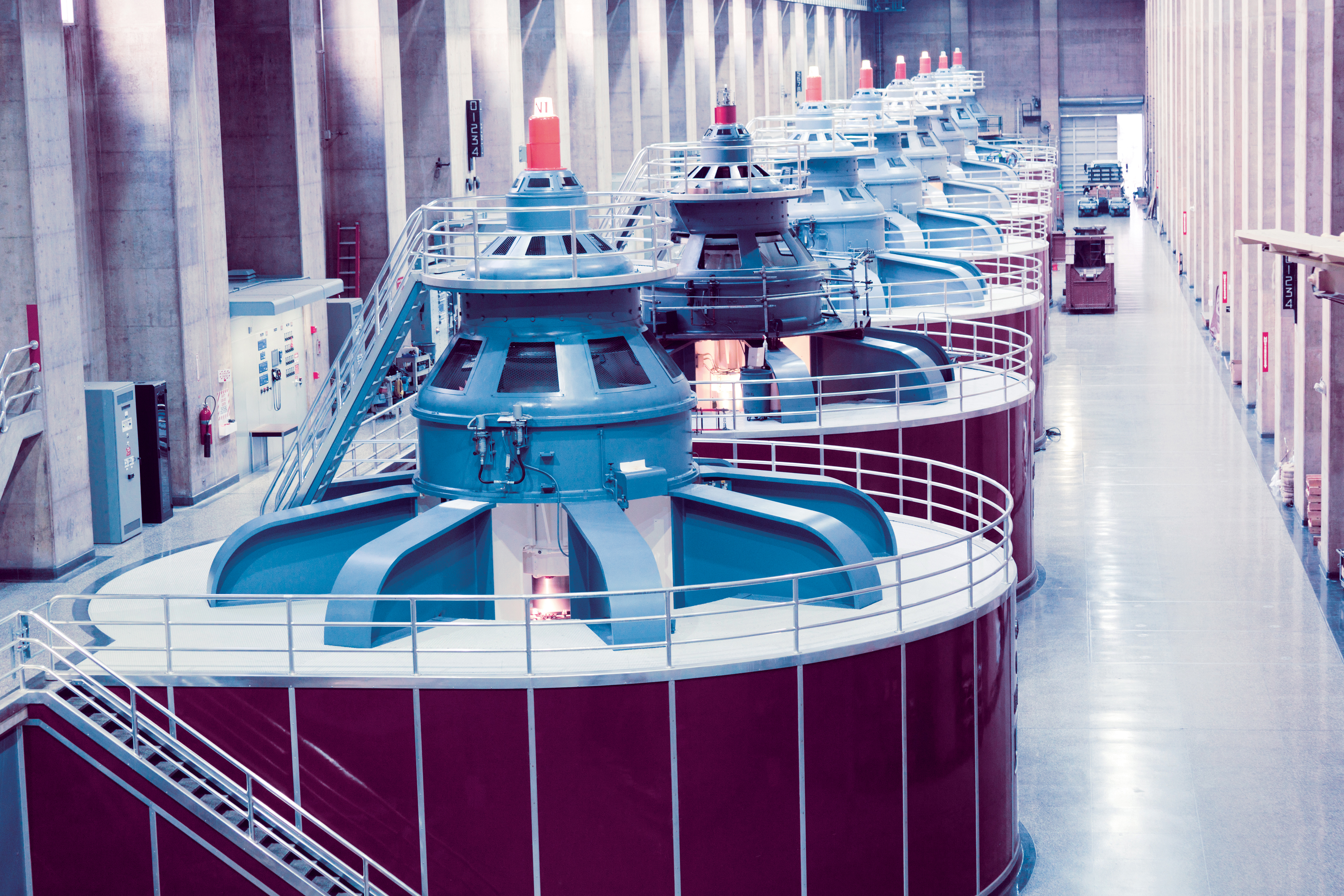 Blackstart services enable the restoration of the electricity network when the transmission system or a large part of it shuts down during a blackout.

The provider of the service must be able to self-start without using external power supplies (i.e., it must rely on onsite auxiliary power supplies) to create an “island” independent of the transmission system.

This small power island can then power up other local assets and, eventually, the relevant part of the system.

The risk of blackstart is not new or thought to be increasing, but the availability of large baseload generators that have traditionally provided the service (e.g. coal stations supported by onsite diesel generators) is decreasing as they have started to close (there are relatively few coal stations still generating).

The various services described above reflect a patchwork development of responses that NG has required to help it balance the system.

However, the electricity system was designed with large baseload spinning turbines and energy intensive industrial users in mind.

The consequence is that the portfolio of ancillary services are now, in many respects, overlapping, inconsistent, opaque and insufficiently anticipatory of the decreasing dominance of synchronous generation.

As the generating mix has started to change, there is a clear need to harmonise the procurement of these essential services – something NG is looking at closely.

Hugo Lidbetter is a partner specialising in energy and natural resources at European law firm, Fieldfisher. For more information on our power networks and wider energy expertise, please visit the relevant pages of the Fieldfisher website.