A picture paints a thousand words: remembering our mesothelioma clients

The asbestos disease team battles every day for justice for clients who develop mesothelioma after being exposed to asbestos by the negligence of employers often fully aware of the danger. When cases conclude, it results in not only settlement for families left behind, but also acknowledges what someone suffered by simply going about their working life and the terrible impact on them and their families coping with the consequences.

Our clients – often fathers and grandfathers, but also women exposed both at work and by washing their husband's work overalls at home, are people with full lives before being struck down by mesothelioma. We're often lucky enough to meet them in their homes before they pass away. Some, such as one client below, continue to battle the disease.

Following settlement, families often send us photos to accompanying a case study on our website, reporting the facts of case and telling their stories. We never forget what people have lost, but when we receive family photos of people affected by this terrible cancer, it reinforces everything we work for and the terrible injustice of contracting this disease. 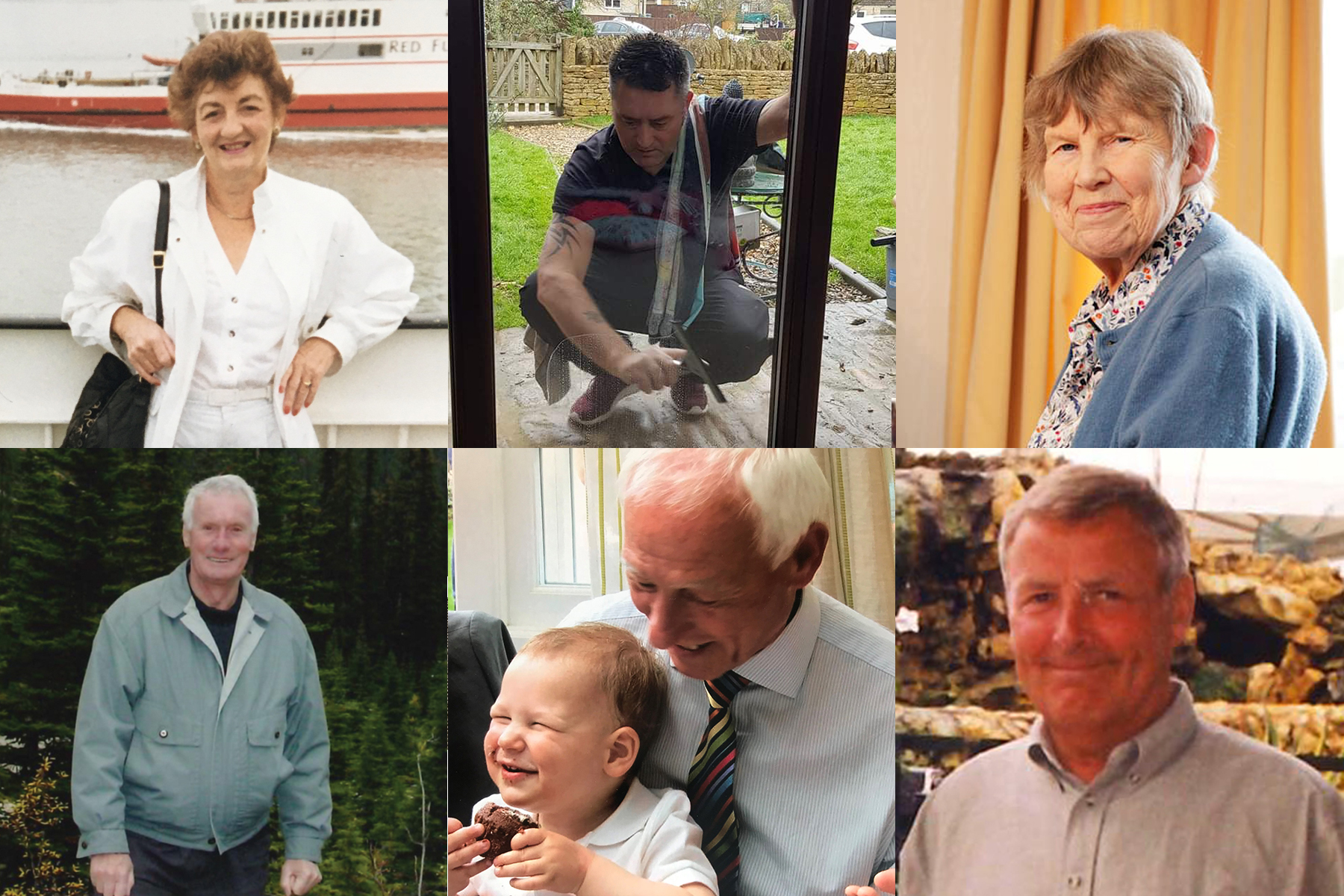 The photos above were indeed sent to us by the families of people living with the disease, and some who have died. We're pleased to celebrate their lives. They are:

Peter Frederick Smalley, who died in 2016, a few weeks after diagnosis. Mr Smalley's case settled recently after it was determinedly defended by two companies for some time - Ruston and Hornsby and Cochran Thermax, who refused to accept liability. Dushal Mehta uncovered vital documents in the British Library that proved they had used asbestos in their factory, and found witnesses who could testify to working conditions at the time.

Neil Witham, who died in 2017, aged 54. Neil and his wife Sarah fostered two children with special needs who they planned to adopt. Neil's recent settlement followed a ground-breaking judgement at trial on dependency issues under the Fatal Accident's Act. Sarah described Neil as someone who 'loved to dance… and didn't have an enemy anywhere.' She said the settlement finally 'gave Neil a voice' about being exposed to asbestos.

Marion Williams developed mesothelioma and died 18 months after the first appearance of symptoms in September 2018. Marion had washed her husband's overalls for years in the sink at home after he came home from Southampton docks covered in asbestos dust from unloading cargo. Marion's son Mike said settlement helped 'to bring a sense of justice and closure for our family'.

Pamela Stubberfield, who died in September 2018 having been exposed to asbestos at work for six months aged 18. Pamela reacted well to immunotherapy for some time and was one of the first people to have included in her claim, managed by Andrew Morgan, the costs of current and future private treatment.

Kenneth Thompson was exposed to asbestos working for Vickers as a welder on the docks at Barrow-in-Furness. He began as an apprentice and worked his way up and particularly remembers working on aircraft carriers built in the dockyards. Bridget Collier pursued a claim for Kenneth and the insurers accepted responsibility. Settlement will include provisions for a gardener, now Kenneth can no longer look after his garden himself.

Liverpudlian Michael Myles worked as a builder around Merseyside his whole career. He worked alongside laggers on the Ford Plant in Halewood and was exposed to asbestos dust while they mixed asbestos in big tanks to make paste. Dust and debris was simply swept away, in fact creating more dust to be inhaled. Bridget Collier who helped settle Mike's case said that family life had been very important to him so it was right settlement provided some redress for what they have lost.

We also recognise the huge impact of the support and care provided to families by charities Mesothelioma UK and HASAG.