What happens when the plaintiff gets the date of accident wrong?

The High Court has held that getting the date of your accident wrong is not fatal to your claim for personal injuries. 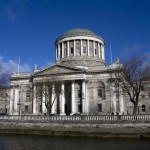 over a container of bottles in the stock room of the Portlaoise branch.

Dunnes Stores alleged that the plaintiff was mistaken about both the date and circumstances of the accident since he was not in work on that date and since he had made a report that he had hurt his back a week earlier, on 26 February 2010.

Dunnes Stores further alleged that if the accident happened on a date other than the date specified by the plaintiff, his action simply could not succeed in law. In evidence, the plaintiff accepted that he couldn’t be absolutely sure as to the date of accident.

Judge Bernard Barton held that a genuine mistake as to the date of the occurrence of the event or circumstances giving rise to proceedings was not fatal in law to the claim itself.

Not only did the Judge not strike out the claim on the basis that the Plaintiff got the date wrong, but he allowed the case to proceed and he ultimately found in favour of the Plaintiff with an reduction in the award in respect of contributory negligence.